This message from Brent Friends of the Earth has appeared on Facebook today:

When, some weeks back, we invited the lead councillor for the environment in Brent, and the local M.P. and the GLA rep to speak all were invited as local reps and not, in any way, related to anyone’s political affiliation. We also invited a local council officer and a campaigner from Friends of the Earth national office.

Inviting others on to the panel will make the panel larger than we would have preferred; we hope we can still have a good meeting.

This is the original poster for the meeting with all the details: 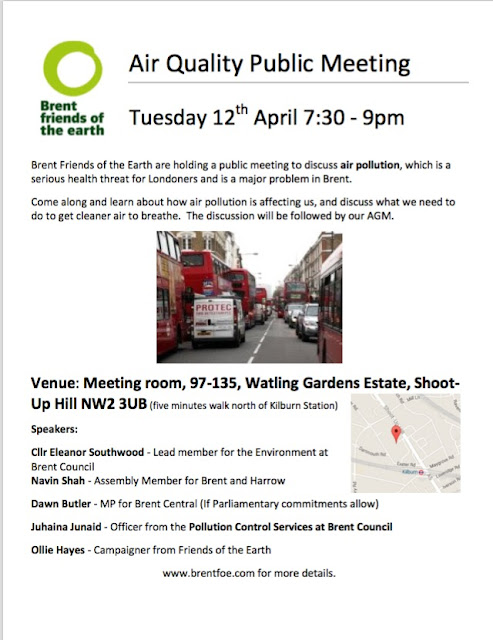 Email ThisBlogThis!Share to TwitterShare to FacebookShare to Pinterest
Labels: air quality, Brent Friends of the Earth