In a further development over Lucozade Powerleague's bid to run a commercial venture at Kingsbury High School Academy the GKA public relations company representing Powerleague and the school has unilaterally broken off relations with Roe Green Village Residents Association.

In an email sent last Friday they said:


Having discussed the matter with the development team, there appears to be limited prospect of finding common ground between Roe Green Village Residents' Association, Kingsbury High School and Powerleague. We would therefore respectfully suggest that there is little to be gained through continued dialogue. As you know, Brent Council will now consider the application on its merits.

Residents are now in the situation of having heard nothing from their local councillors, received no planning application notices delivered to them from Brent Council and their offer of fundraising for alternative sports facilities ignored by the school.

Meanwhile an anaylsis shows that the project is a largely commercial venture: 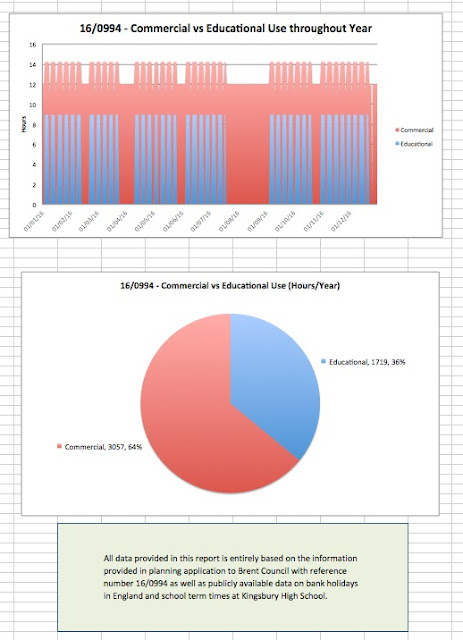