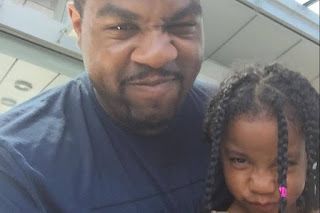 I have received this message via Facebook. Readers may wish to donate to the Memorial Fund that has been set up for Leon Brumant.

Those who knew Leon, would agree with me when I say that he was the true definition of strength and solidarity.  Leon was the go to guy. He had the answers for everyone, and if he didnt he would find them for you.

I worked with Leon, even more so closeley as he enticed me into becoming more proactive with my beliefs and ideas on unity. We spoke on many occassions, over coffee, in meetings, in work of the importance of unity. He had an amazing aura that would be hard to ignore.He was a staunch fighter when it came to debating, many a time I was left on the sidelines whilst he would passionately defend his beliefs.

Leon leaves behind a family, and a beautiful daughter.

I urge all reading, to unite in the name of Leon's legacy..continue his fight for social justice...remember him as the strong, loving, funny and kind man he was.

I am raising money for Leon's mother to decide on its best use. This could be used towards funeral costs, for his daughter or a memorial for Leon - again, I felt the best would be to allow Leons mother to decide. I have spoken to Jon Abdullah who has kindly agreed to pass the money on.