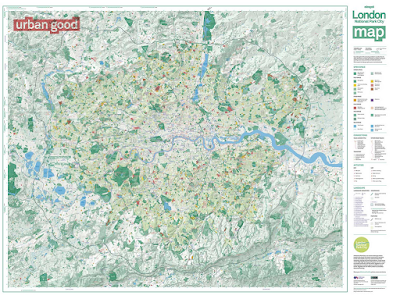 The Mayor of London, Sadiq Khan, has announced a further £6 million injection of further funding for protecting the environment and improving green space in the capital.

The fund will deliver the roll-out of more new public water fountains - on top of the initial 20 the Mayor announced recently.

It will also create better local green spaces including in areas with little access to parks and community spaces.

Sadiq wants Londoners to help protect the environment by introducing changes that will have a big impact on reducing the amount of single-use plastic bottles and cups bought daily across the capital.

With many Londoners enjoying refreshments on the go from retail outlets and cafes, the amount of single-use plastic waste is huge.

The Mayor is working with Thames Water and City to Sea to introduce a Refill scheme so that Londoners can reuse their bottles and cups to top up free tap water from local shops and businesses.
He has also announced plans for the installation of 20 new public water fountains in busy areas.

Sadiq has already allocated £750,000 in his draft budget over the next three years to cut plastic waste, including helping launch a pilot Refill scheme with retailers in five districts and installing 20 new fountains. He is working with the #OneLess campaign, led by the Zoological Society of London to find suitable fountain sites and the first ones will be installed this summer. He has today announced increased funding.

The Mayor has committed to working with manufacturers and supply chains to trial coffee cup collection schemes where businesses and retailers provide easily accessible recycling facilities for the separate collection of coffee cups.

He is also considering the potential for a plastic bottle deposit return scheme that gives Londoners money back for recycling bottles. ‘ Bottle banks’ or ‘reverse vending’ schemes where consumers get a voucher when they return bottles, could be placed across London. Other countries who have adopted similar schemes have seen plastic bottle recycling increase up to 90 per cent. This work is part of the Mayor’s ambition for London to send no biodegradable or recyclable waste to landfill by 2026.

It will also help pay for local measures to tackle toxic air pollution including schemes in and around schools and in partnership with local businesses, and installing green infrastructure that benefits air quality and reduces exposure.


I’m committed to helping Londoners reduce plastic bottle use and help cut the amount of plastic ending up in our oceans and in landfill.

This increased funding is matched by ambitious plans which aim to help the public easily cut their use of plastic by offering water refills, delivering more public drinking fountains and simple recycling schemes that will help cut the purchase of single-use plastic bottles.

This extra funding will also help us race towards my goal of London becoming the first National Park City, by funding more tree planting and green spaces, especially in areas so that everyone in London can benefit from an easily accessible park, play space, or community garden.


Public water fountains, and a Deposit Return Scheme (DRS) for drinks containers, are both key practical steps to reduce the flood of plastic waste endangering our oceans. Water fountains help us to reduce plastic waste by making reusable containers more convenient, and a DRS will help us to recycle the plastic waste we do produce. Beyond that, they are useful ways of reminding consumers and more importantly businesses that there is no ‘away’ where things can be casually thrown without consequences.

This new investment by the Mayor will help transform London from a throw-away plastic city into a city that refills; good news for Londoners and for the ocean. #OneLess is excited to be part of the Mayor’s drive to make London an ocean-loving city and the first capital that’s free from single-use plastic water bottles.


We know the valuable role that greenspaces play in ensuring a better quality of life for local communities in order for people to live happier and healthier lives. We have seen first-hand that local people are committed to improving their surroundings and local provisions and it’s important that they have the right support and tools in order to be successful. We are delighted that more resources are going to be provided to help communities get involved in making positive changes to their local greenspaces as well as tackling the important task of reducing our plastic consumption. We look forward to seeing the positive results.

The Mayor recently awarded £1.1m from the first round of his Greener City Fund Community Green Space grants to 55 local groups, with 60 per cent of projects in areas with poor access to green space, and 14 are based in schools, including a new community garden next to the temporary site of a school relocated following the tragic fire at Grenfell Tower.

I am waiting with bated breath to see a water fountain installed in King Eddies along with some Public Toilets!!! wonder if we will see any before we become National Park City?

A water fountain and public toilets would probably take us back to what existed there in 1914 (along with the band stand and miniature railway)!

I am fully aware of what existed and for the life of me can't figure out why you would remove these things, after all some other parks still retain these features, I would love to know what is going on in the Parks Department and especially as King Eddies is protected by Fields in Trust along with Roe Green Walled Garden and Mapesbury Dell.

It's basic for a Municipal Park