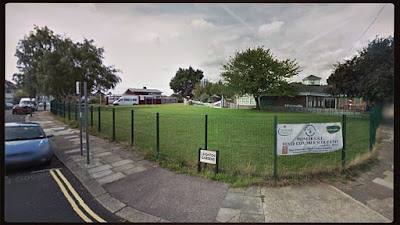 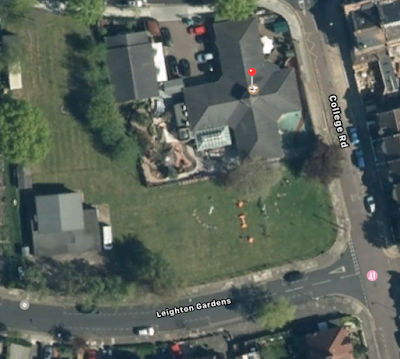 College Green Nursery School, Willesden, has been accused of a 'land grab' after local residents heard that a 6 feet high fence is to be installed around the College Green Open Space at the junction of College Road and Leighton Gardens.  The College Green Preservation Society claim that this is contravention of the protective covenant  granted by All Souls' College, Oxford in 1913.  It has been used by the 28th Willesden Scout Group since 1967 along with the nursery.

The Society claim that the open space has never been part of the nursery's property and that the predecessor nursery was only given permission to move on to College Green to protect the open space.

A petition is now being circulated (see below) asking Brent Council to stop the erection of the fence which they say will cut the open space in two blocking the view of an open field and have a detrimental impact on the character of the area. It is further feared that enclosing the land may give the Nursery School property rights over the space that could lead to them building on it. 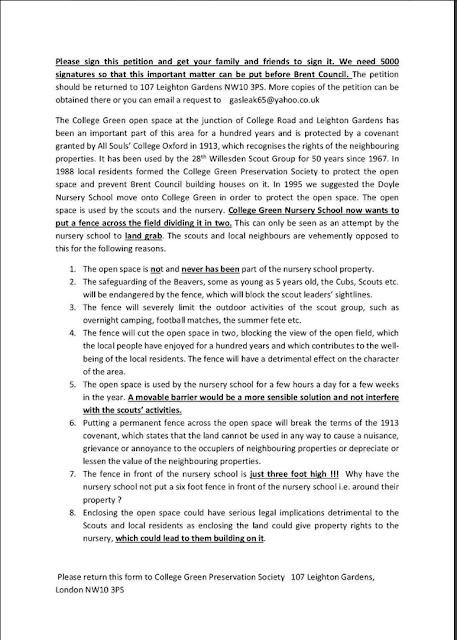 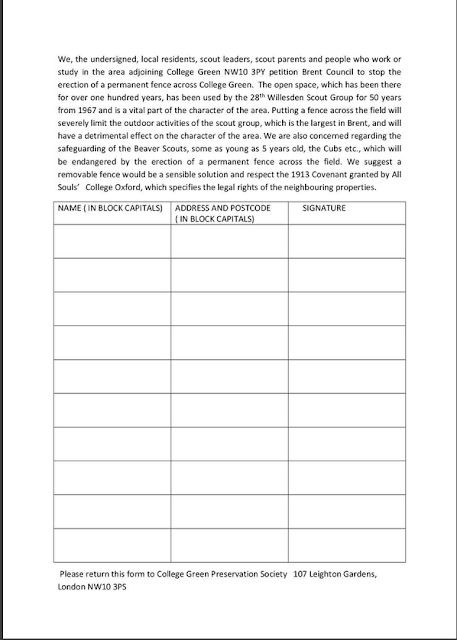