The photograph above was taken from a high vantage point above Olympic Way at 10pm as fans made their way to Wembley Park station from the Spurs v Manchester United match. As usual stewards held fans back (bottom centre in high visibility jackets) while the station platforms were cleared.

The match had the highest ever attendance at a premier league match which Spurs celebrated: 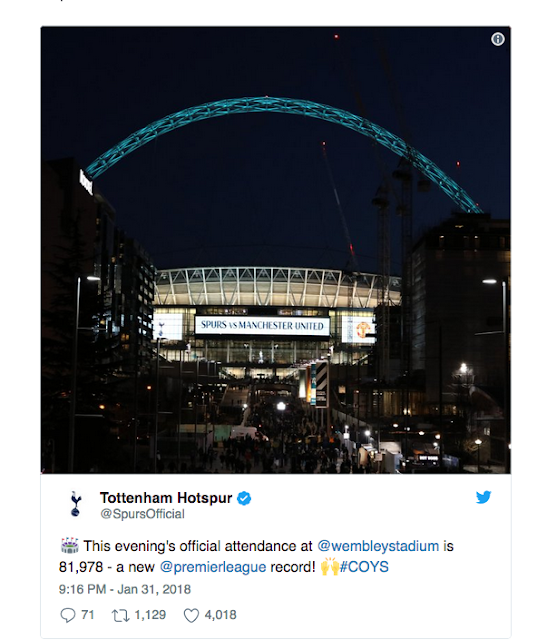 However, on Facebook others were concerned about such large numbers packed into a restricted space.  One person remarked, 'A tragedy waiting to happen' and another, 'Nothing learnt from Hillsborough it seems.' A Brent resident said, ' Looks scarey to me. Please remind me not to go to Wembley Stadium for an event, or on an Event Day. I forget, most of us residents that can, already avoid the entire area just in case it's an Event Day.'

A year ago today I publicised Spurs application to remove the capacity cap and increase the number of events. 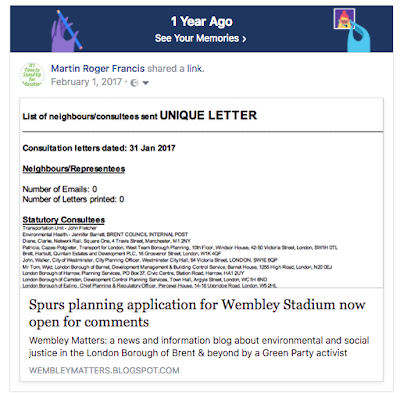 I advise families not to take their children to change their  books at Wembley Library on that day!

Thanks the Brent Council Events Day page says 3pm https://www.brent.gov.uk/events-and-whats-on-calendar/?eventCat=Wembley+Stadium+events but I checked the Spurs fixture list and it says 12.30 so will edit.

It will be interesting to find out what effect this will have on the Boxpark when it arrives later on in the year, as I was under the impression it will be sited on Olympic Way. Especially in the height of the season in April and May when Football matches are every weekend, sometimes both days Saturday and Sunday. This happens regular when matches have full capacity attendance.