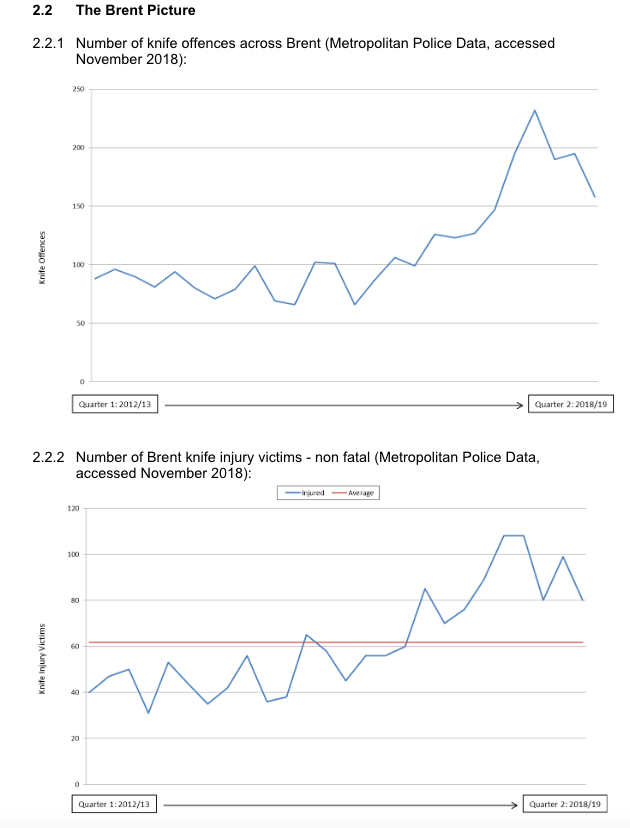 The Resources and Public Realm Committee of Brent Council is to set up a Knife Crime in Brent Task Group. Members will be councillors Kabir (Chair), Gbajumo, Johnson, Chappell & Stephens plus Richard Harrington, Senior Policy and Scrutiny Officer.

A Public Health approach to the issue is advocated: 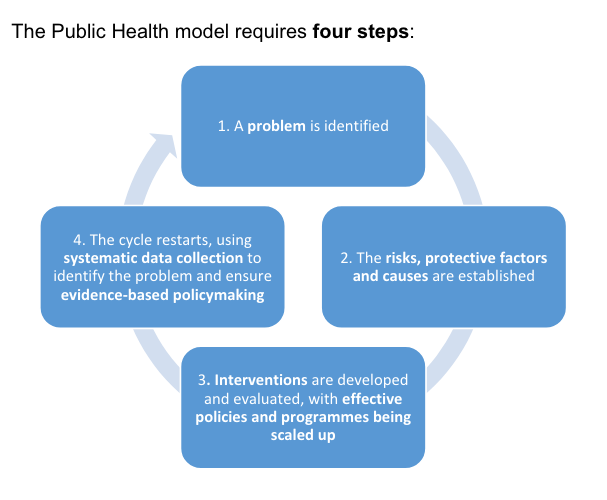 Give that Brent Council has closed most youth provision in the borough, including infamously the Stonebridge Adventure Playground, I am surprised that an assessment of impact of closures is not in  the terms of reference and that youth organisations (or even the Youth Parliament) are not listed as consultees. It would have been useful to have representatives of the YP on the Committee itself.

In London, the total number of offences involving knife crime has increased by 4%, and in the last year in Brent, it increased by 18% to 755 knife crime offences. This was the 3rd highest level of knife crime of the 32 London boroughs.
Knife crime is not only an offence; it impacts on the health of victims, and their families and peers. The cost to the NHS of each stabbing is upwards of £7,200.
Violence acts like an epidemic disease, and can be tackled using a multi-agency public health approach. This involves treating violence as a preventable public health issue, using data and analysis to identify causes and focusing on prevention through multi-agency systemic approaches.
In Brent there are a number of interventions already in place for older children and teenagers, while early intervention programmes for younger children are currently being developed.

The aim of the task group is gain a better understanding of knife crime in Brent and how interventions can reduce knife crime, and which ones will work locally. With this knowledge the task group can make recommendations that will help in reducing rates and mitigate negative impacts on Brent residents.
According to the constitution and the 2006 Police and Justice Act the group can make recommendations to the Community Safety Partnership through Full Council when discharging their duties as the Crime and Disorder Committee.

The task group will:

Review the links between knife crime and gangs in Brent

Review partnership working arrangements
Review what can be done locally to complement the wider London public health approach, including:
The use of Red Thread and other violence interrupter schemes
Street based interventions
Education and employment opportunities for ex-offenders
Using education for nurturing children to prevent crime
Early intervention scheme for different ages, including younger children