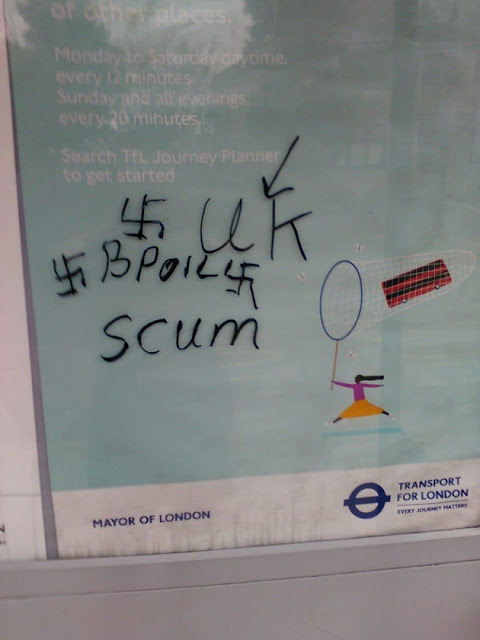 Local residents are invited to take part in a vigil at the bus shelter at the junction of Peters Avenue/Donnington Road, Willesden after what is apparently Nazi graffiti was found. The vigil will take place from 7.30-8pm.

An alternative explanation is that the graffiti refers to controversy surrounding BP Oil and is calling the company 'Nazi' and 'scum'.

TfL have been contacted to clean off the graffiti.

Details on the Kilburn Times website HERE
Posted by Martin Francis at 08:28:00