Barry Gardiner on the immigration aspects of the Brexit debate 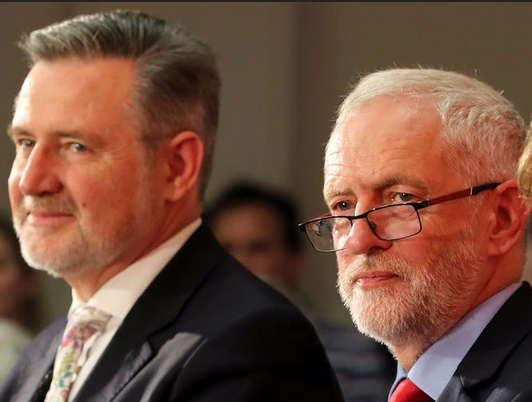 Barry Gardiner, MP for Brent North, made a very long speech in the Brexit debate yesterday. The full speech is HERE but I thought people in Brent would be particulalrly interested in what he had to say about immigration:

I move on to immigration, which was a key part of the referendum debate. Like many Members, I was outraged by the dog-whistle politics of the Vote Leave campaign’s very own “Project Fear”: that millions of Turkish citizens would be queueing up for entry into the UK. That was a lie, and those Members who associated themselves with that campaign should feel ashamed.
I also want to express my disgust at those who have sought to paint leave voters as ignorant racists; it is that sort of demonisation of our fellow citizens that is so damaging to the discourse around Brexit. It precisely obscures some of the real concerns that leave voters did express, and had every right to. Their concerns were about the lack of housing, the strains on the NHS, and being undercut in the workplace by unscrupulous employers who often exploited migrants and paid them less than the minimum wage. All those issues are about public services and domestic enforcement. They will not be solved by our leaving the EU, but they will also not be solved by our remaining. What is needed is a change of Government policy, or, better still, a change of Government.
Immigration is a vital element of our economic growth, and of our trade and trade negotiations. We need migration. The Government’s own economic assessment shows that European migration contributes 2% of GDP to the UK. The Government’s proposed £30,000 salary threshold would actually preclude three quarters of EU migrants. I am not referring simply to seasonal agricultural workers or careworkers; even some junior doctors do not earn more than £30,000 a year. The Government’s supposed skills threshold is really a salary threshold, and it would do serious damage to our economy.
The irony is, of course, that EU net migration is coming down. Statistics published just last month record the number as 74,000. The Government have been complaining that free movement gives them no control over those people. Presumably they mean the sort of control that they have always been able to exercise over migrants coming from the rest of the world. Is it not strange, then, that the figure recorded for net migration from the rest of the world is 248,000?
This is why politicians are not trusted. They tell people that we need to abolish freedom of movement to bring migration down to the tens of thousands when our own rules, over which the EU has never had any say, are allowing three times that number. What we should be explaining to people is that net migration should go both up and down in line with the needs of our economy. As long as we have fair rules and competent and reasonable management of migration, this country will be better off. The trouble is that we have had lies, arbitrary targets that bear no relation to our economy’s requirements, and, frankly, administrative incompetence.
As with regulatory alignment, so with the exchange of people. The deeper the trade deal we want, the greater the need for an exchange of people. Foreign companies that invest in the UK want and need their indigenous workers to get visas, and the harder we make that process, the less investment we will secure. When the Prime Minister went to India two years ago to secure a trade deal, she was rebuffed on precisely that issue. The Times of India summed it up on its front page with the headline “You want our business. But you do not want our People”.
…Students should never have been part of our net migration figures, and immigration should be proclaimed loudly by every Member to be an important and hugely beneficial resource for our economy. Yes, free movement of people will end when we leave the EU, because it is a function of the treaties of the EU, but that does not mean that we should not operate a system of immigration controls with the EU that allows broad and reciprocal access to all our citizens in a way that maximises the benefits to all our economies. That is what our businesses need: access to skills.