Angry leaseholders, caught in a dispute over responsibility between L&Q and Brent Council, call for action on cladding trap

There have been many social media posts over this issue over a long period but no action has resulted so leaseholders of the new build Bourne Place, in South Kilburn, have issued an open letter to Cllr Muhammed Butt, leader of Brent Council, who are the freeholder of the development.  Cllr Butt has his personal imprint on the development as his name is on a commemorative plaque on the wall of this beacon of regeneration.

We, the leaseholders with the housing association L&Q in Bourne Place NW6, a development delivered by partnership of Brent Council and L&Q as part of South Kilburn Regeneration in 2013, are appealing to you, as the leader of the council who are the freeholder of our development, to urgently intervene in the cladding scandal we leaseholders are entrapped in.

Due to the revised Advice Note 14 issued by the Government and the agreed EWS1 certification for fire safety of buildings by RICS and mortgage lenders, our development consisting of 3 under 18-metre blocks has also become affected by the cladding crisis.

The 59 leaseholders and shared ownership tenants of Bourne Place are now unable to sell their homes or remortgage without the EWS1 certificate. Depending on lender, we may also face expensive variable rates on our mortgages. We are trapped in nil-valued homes and we do not know whether our homes are safe because our landlord, the superior lease holder, housing association L&Q, refuses to conduct testing of our external walls. They give no indication whatsoever how long it will be before our blocks are examined and how long before they are remediated, should fire safety concerns be confirmed. Our lives are on hold; we cannot move, whether for jobs in these turbulent times or to start a family, and we face many financial consequences.

Additionally, safety concerns affect all residents, including additional 75 social tenants homes at Bourne Place. In the wake of another Grenfell anniversary, we live in fear as we see more and more fires in blocks with combustible non-ACM materials such as in Barking or Worcester Park - all blocks under 18 metres just like ours. We grow angry as it becomes clear so many of us were sold or rented poorly-built homes but somehow the developers are not being made to act fast and answer our concerns. We are being brushed aside, saying our homes are not a priority to address for the housing association L&Q.
One of the excuses we have been given by L&Q, in writing, is that they are not able to provide us with EWS1 certification because they are not the freeholder of our site. Brent Council is. Us, leaseholders, find ourselves here in the middle of a squabble who is in fact the building owner and responsible for acting. We ask you, Brent Council, as the freeholder and superior landlord to housing association L&Q, to clarify with immediate effect the ownership structure for our estate and agree on accountability.
The Secretary of State, Robert Jenrick, has said that all building owners should act, without exception, to test and remediate new build blocks. Unfortunately, as leaseholders, we are largely powerless to force our landlord, L&Q, to act. We are homeowners without any rights of homeowners. Brent Council, on the other hand, as freeholder of the land and superior landlord to L&Q, have the power by lease to make L&Q act due to their apparent negligence to act in line with government guidelines.

We look to you and Brent Council for help, in your capacity and legal powers of the freeholder, and as the responsible partner in constructing and delivering our homes as part of the South Kilburn regeneration program - homes that were meant to be constructed with safety and quality in mind from the beginning.
We look forward to hearing from you soon.
This letter is written as an open letter, copy of which we will provide to the Greater London Authority and the leader of councils, Mr Navin Shah, as well as enable publicising on social media and/or press.

Residents would like to see backing from the Council. They could well take a leaf out of Hackney Council's book: 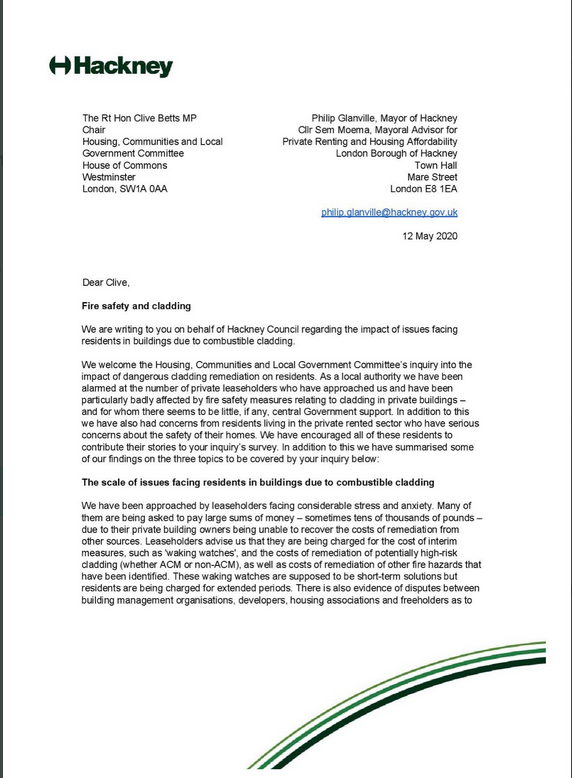 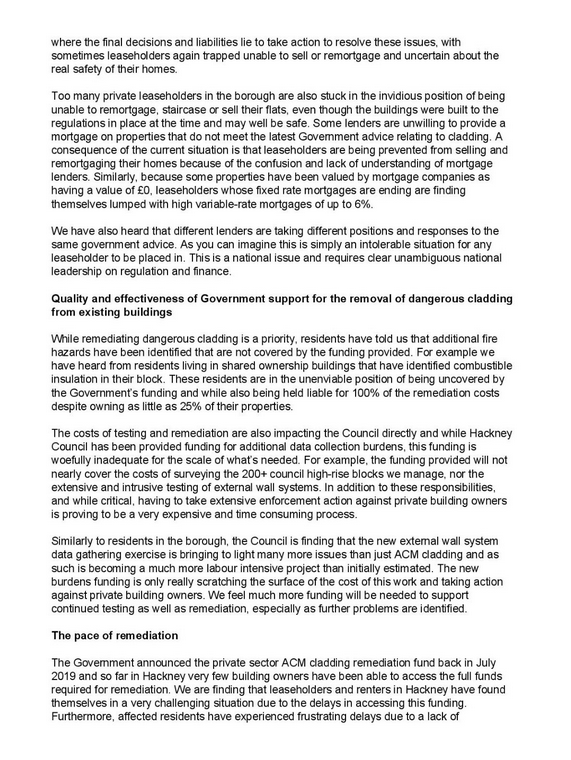 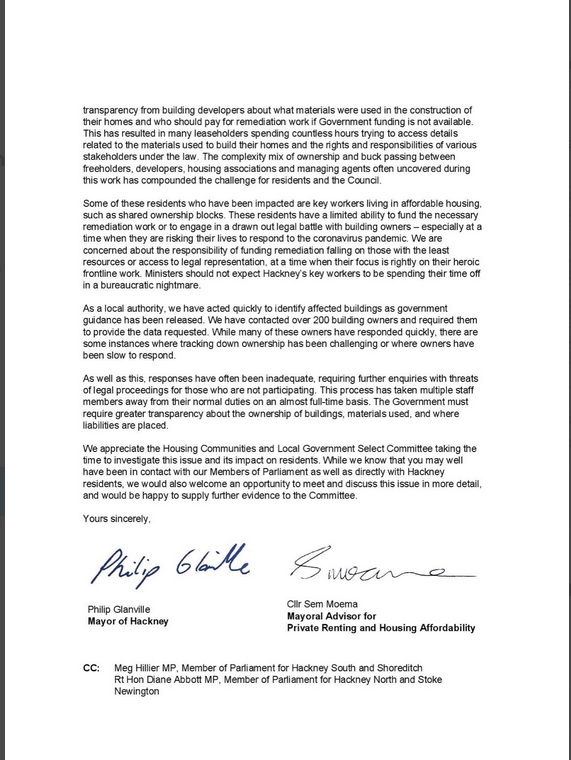