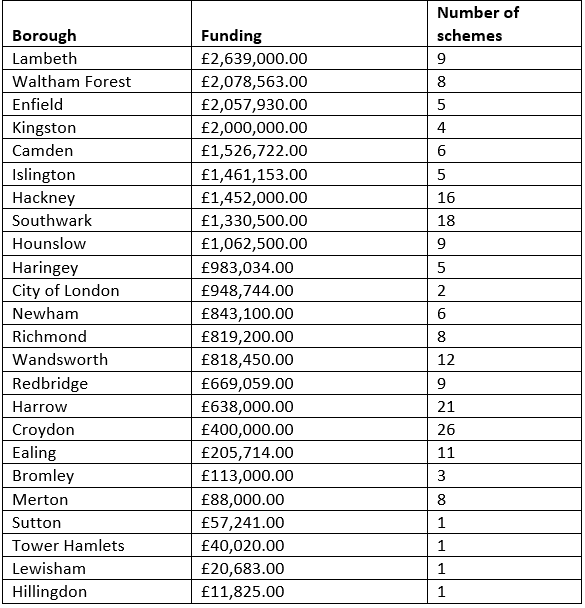 Social media has been buzzing with environmental campaigners' frustration as Brent seems to be missing out on funding that would enable provision of some walking and cycling friendly change on our streets as we emerge from Covid19 restrictions and seek to maintain some of the clear air and traffic reduction benefits of lockdown. 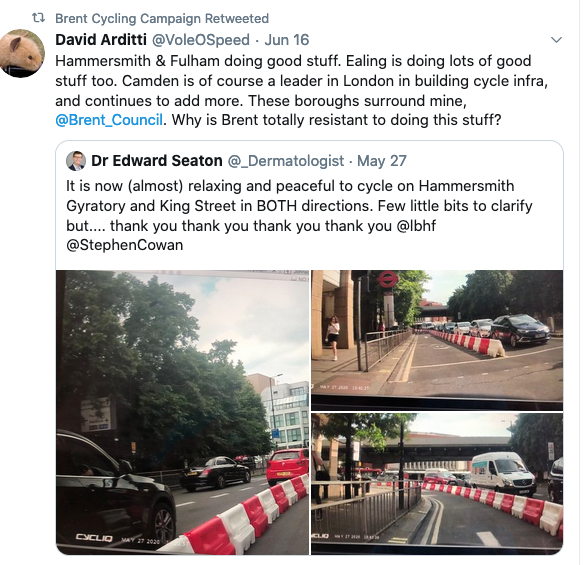 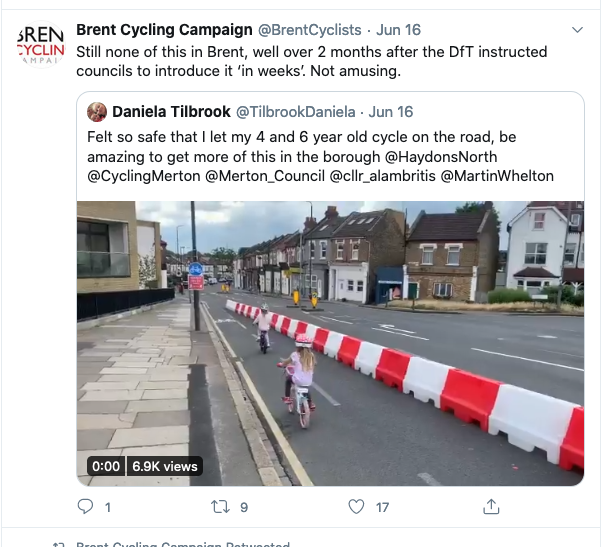 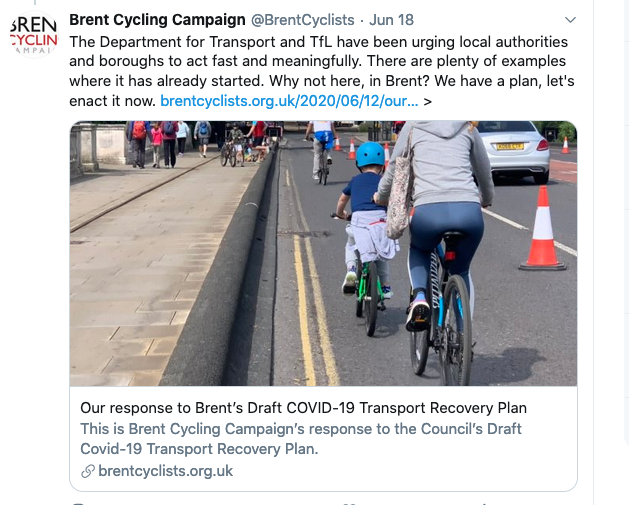 Way back on May 31st Cllr Shama Taylor, had written to fellow councillors with an update on Active Travel Measures.  She told councillors that although London was awarded £25m over the rest of the financial year the Council had only got confirmation  the previous Thursday and the deadline for applications for the first tranch of funding was June 5th.  She asked councillors to think of areas or roads in their wards or Brent Connect areas that would benefit from Active Travel infrastructure or routes - cycling, walking and low traffic areas. This gave councillors just 5 days to speak to their residents and come up with ideas.

She told her colleagues that Council officers were working 'flat out' to put in an application.

Some council had already put measures in place ahead of any funding - Brent Council's action appeared to be limited to some pavement widening.

When the funding allocations were announced and Brent was missing from the list this was the reaction: 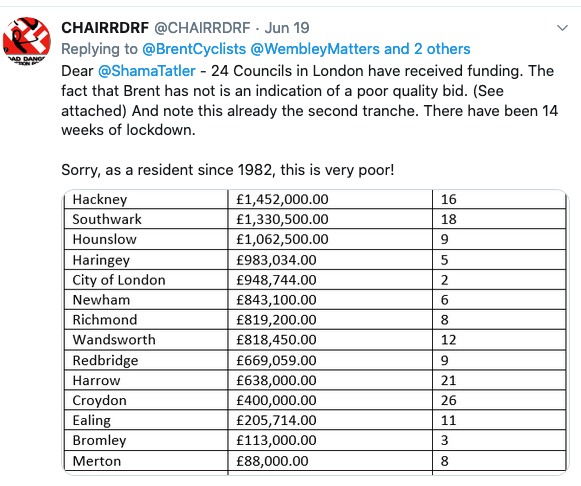 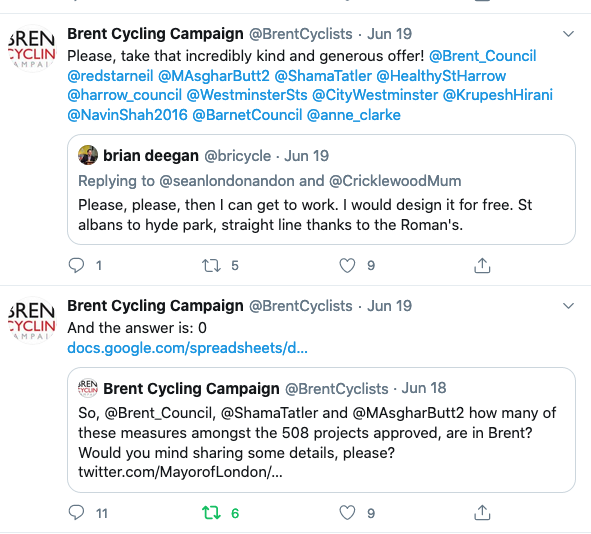 In response Cllr Tatler urged patience saying that officers had been working 'flat out' and said that we should hear this week whether the bid based on Brent Council's travel plan had been accepted: 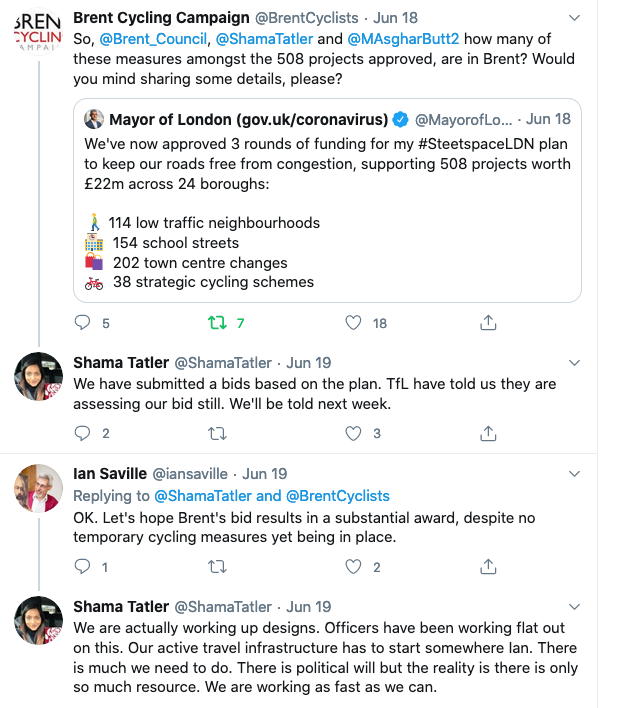 The document below gives details of the  schemes other boroughs have had funded:

Meanwhile the petition calling on Brent Council to 'build back better' post Covid has been gaining support.  Sign the petition  HERE. 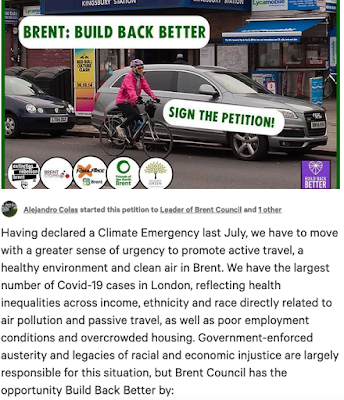