Emma Wallace Green Candidate for Brent and Harrow interviewed: 'In a fairer electoral system your vote really counts - vote Green to get green' 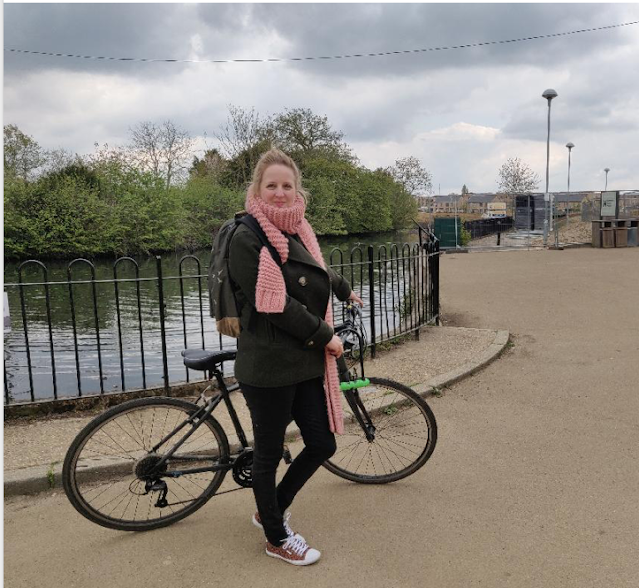 How are you feeling in the run up to election day?

I am really looking forward to it!  Greens are feeling really positive about the outcome of the London elections, with more and more people saying they are voting Green.   We are hoping to see a Green wave in London, as we have seen in many other European cities who now have Green mayors.

Our two Green Party Assembly members, Sian Berry and Caroline Russell, have made a big impact at City Hall over the last five years, holding the current Mayor to his promises and pushing him to act on a wide range of issues, repeatedly.   With a Green mayor and more Green members in City Hall we can do even more to ensure that London is the Greenest city in the world.

How has your campaign been so far?

The campaign has been really good.  I've visited and met so many great people, both online and in real life in Brent and Harrow over the last six months and heard about many of the issues people are facing, from the destruction of local environment and trees, to housing concerns and transport issues.  I've been campaigning with residents to push TFL to change their trackside habitat management policies and I've visited many of our beautiful parks and nature reserves, including Bentley Priory and the Welsh Harp and heard about the ongoing, longstanding issues impacting them.  I've helped out at Harrow's foodbank, the London Community Kitchen, and learnt about the incredible work they are doing there to support zero waste, zero hunger in North London.  I have also met a number of community groups to hear about their concerns around new planning developments, which are being proposed on green spaces.   If elected, Sian Berry, as London Mayor, and I as Brent and Harrow Assembly Member, are committed to listening and bringing diverse voices into City Hall to make sure our policies work for everyone.

The Green party is a grassroots party, which depends on its volunteer and it has been so heartening to see people come out and help leaflet and spread our message over the campaign.  I am so grateful to them.   Sian Berry and the London Green Party have put together an incredibly comprehensive manifesto, including radical ideas to make London a healthier, fairer and greener city and it has been a pleasure talking about these policies on the doorstep and at hustings, seeing resident’s positive response to them.

What is the main issue you will be focused on if you are elected?

Whilst the impact of the pandemic is still being felt around the world, the Climate Emergency is not going away and must urgently be addressed if we are to avoid going over a 1.5C rise in global temperatures.  We are the only party that has a clear plan to tackle the climate crisis, setting urgent targets to reach net zero carbon emissions by 2030.  The Green Party will take action through a holistic response, focusing on creating sustainable and insulated housing, developing a joined up and green public transport system, investing in walking and cycling, protecting and preserving our green spaces and trees and creating green jobs to transform our economy post Covid.

What would you say to people who might be unsure about going out to vote in local elections as they do not believe that they are important?

The London Elections have a much fairer voting system than other elections and consequently, your vote really counts!  The mayoral and general Assembly Member votes are a form of proportional representation, so if you vote Green, you get Green.    I encourage everyone to put Sian Berry as your first choice for Mayor, the Green Party as their London wide London Assembly vote and Emma Wallace as your Brent and Harrow London Assembly candidate.  Friends of the Earth have also just ranked Sian Berry's manifesto as the most climate-friendly and so it's clear.  If you want green, you have to vote Green!