The Green Party candidate, Emma Wallace won the support of 17,472 voters in the Brent and Harrow GLA constituency. This gave her 10.3% of the overall vote and nearly 3,000 more votes than the Liberal Democrat candidate. Krupesh Hirani had a convincing win for the Labour Party and will succeed Navin Shah.  At his victory speech this evening  he made it clear he would represent everyone in Brent and Harrow, and not just those who had voted for him.

Greens also beat the Liberal Democrats in the London-wide Assembly election so together the three results confirm the Green Party as the third party in Brent and Harrow.

Count agents were concerned that some voters seemed to have misunderstood the Mayoral voting paper. The layout was confusing as a result of having so many candidates. Some voters appeared to have thought the first column of names was for first preference and the second column of names was for second preference votes or that they could have first and second choices in each column of names. Two single columm sheets would have been clearer. As a result many votes were invalid. (Mock ups below from @london_rocklad) A total of 8,747 (5%) voted for 'too many' in the 1st preference vote. 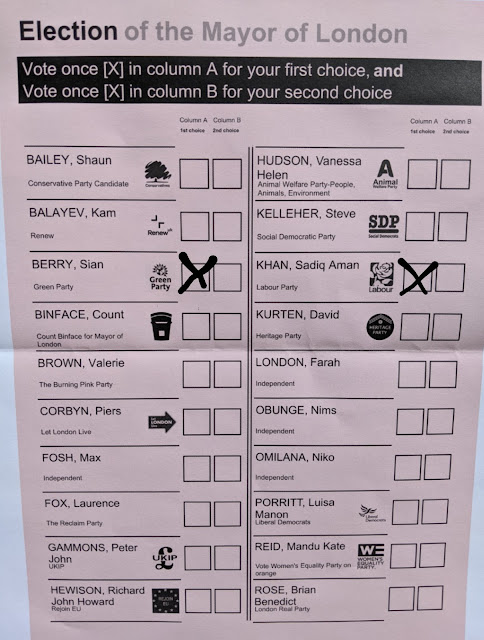 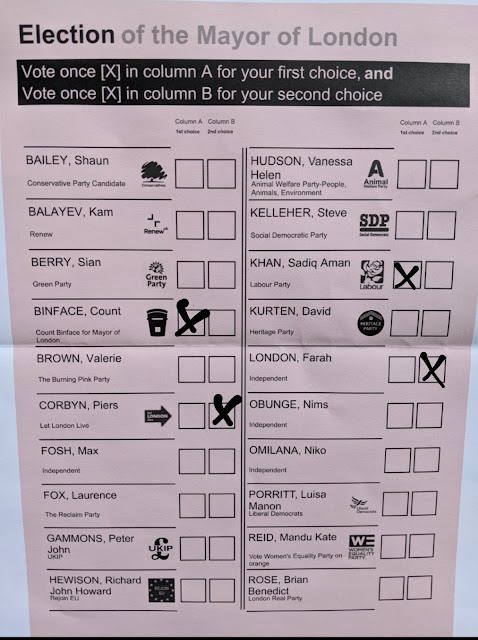 Interestingly, more than 70% of the total votes were postal votes.