30 Brondesbury Park: 'Incremental intensification' is the name of the game 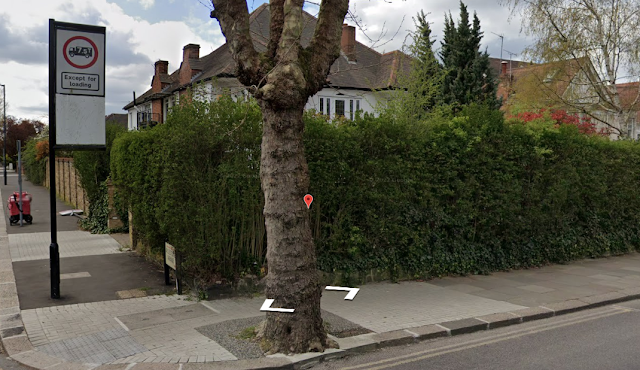 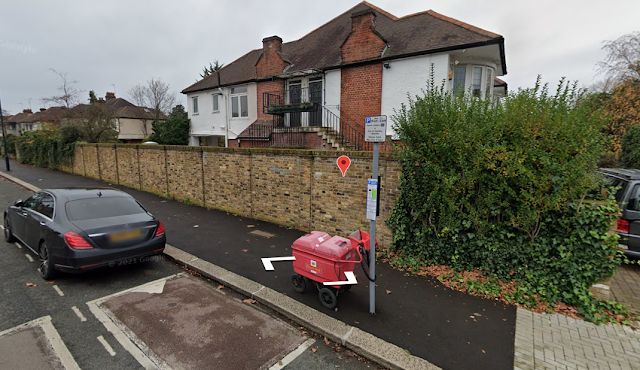 The border wall on Aylestone Avenue 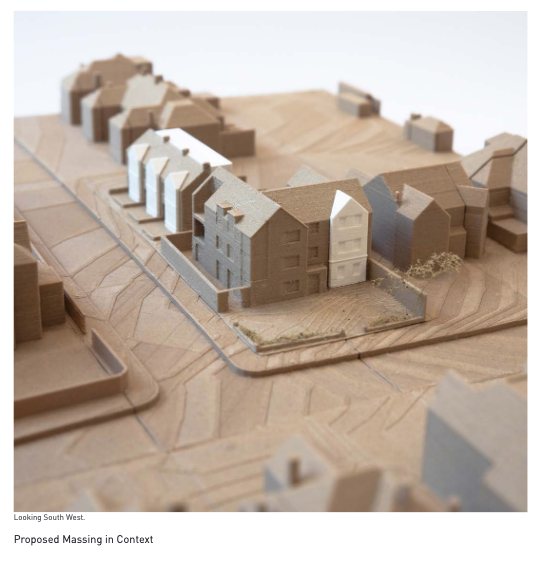 Brent's Local Plan was formally adopted with barely a murmer of opposition in February and along with other guidelines with influence the work of Brent Council's Planning Committee henceforth.

We are familiar with 'intensification corridors', 'town centre density', and 'tall building zones', all destined to change the face of Brent and increase its population.

Small residential sites are also ear-marked for development via 'incremental intensification' and the planning proposal for 30 Brondesbury Park, NW6, is an early example of what we are likely to see in the future.

The proposal is to demolish the existing building and construct a three-storey building containing six flats in its place (three x 2-bedroom and three x 3-bedroom), together with a terrace of three x 3-bedroom houses addressing the Aylestone Avenue frontage.

Planning officers support the application as contributing to increasing the stock of housing in the borough and especially welcome the family sized accommodation. They accept the viability assessment that says the arithmetic means that the developer cannot make a contribution towards affordable housing.

The application has some elements in common with that in Queens Walk, Kingsbury  LINK where a block of flats replaced a family sized house on the corner with Salmon Street. Wembley Matters has since found evidence that rather than residential flats the development operates as holiday lets.

30 Brondesbury Park, like Queens Walk, is a corner site with garden space, and similar arguments are marshalled to support the development.

Planners state that Brent Policy BH4 supports development within the curtilage of a dwelling and that Policy H2 and the Local Plan recognises that the 'use of  small residential sites can make a valuable contribution to the delivery of new housing and some incremental change to local character could be acceptable on this basis.'

In short building a larger development utilising garden space is acceptable and sits alongside the 'fill-in' housing that is taking place on Brent's council estates.

Furthermore, 'the intensification of smaller sites is expected to form an important part of the delivery of housing to meet Brent's housing need during the [Local] plan period' and this is supported by the NPPF that expects the planning system, to meet the need for homes.

As we know corner houses such as 30 Brondesbury Park with a garden often has a long garden wall or fence along the adjacent road. Brent planners seemingly see that as dead space:

Neighbours have also raised concerns that the proposal would result in development of garden land, or ‘garden grabbing’. However, corner sites are considered to offer some scope for infilling in this way, in comparison to development of rear gardens that are enclosed by other rear gardens. In this case the extent of 2m high boundary wall along Aylestone Avenue creates an extensive dead frontage that adds nothing positive to the street scene. The proposal would break up this frontage by providing a building which would have a clear visual relationship to the main building but would remain clearly subservient to it. This would activate the street scene more effectively than the existing blank wall.

The London Plan is quoted by officers in support of the application:

London Plan Policy D3 sets out a design-led approach to new development that responds positively to local context and optimises the site’s capacity for growth by seeking development of the most appropriate form and land use. It encourages incremental densification in areas that are not considered suitable for higher density development.

We have become familiar with claims that what neighbours often see as out of character developments are justified by Brent planners as 'landmark' or 'destination' buildings; in this case:

The site layout and building lines are considered appropriate for this prominent corner site, and to act as a gateway signalling the transition to the more domestic scale of the side street. [Aylestone Avenue]

There is little comfort for those concerned about the environmental impact of building on gardens, already suffering from the paving over of front, and increasingly, back gardens:

Residential gardens are generally considered to have low ecological value due to their small size, the nature of the use and, in this case in particular, proximity to disturbance from road traffic.

Officers note the 21 objections 'raising concerns regarding over-development and the impact on the character of the area, including the overall scale and mass of the proposal, front building line on Aylestone Avenue and loss of trees and green space, impacts on neighbouring properties in terms of daylight and privacy, increased pressure on on-street parking' and these are dealt with in the officers' report LINK with the Planning Committee recommended to approve the application.

'Residential gardens are generally considered to have low ecological value due to their small size, the nature of the use and, in this case in particular, proximity to disturbance from road traffic.'

What nonsense Brent's Planning Officers sometimes write, when they want to justify a recommendation to Planning Committee to approve an application they are in favour of!

From virtually every well-researched source I have read in recent years, the high ecological value of residential gardens in urban areas has been recognised, including even small gardens. Here are just couple of "quotes" from an article on "The Importance of Gardens":

'Gardens are undoubtedly one of the most widespread habitats in the UK, if indeed you can classify them as a defined ‘habitat’, given the variety of features found within them. Even within the most urban environments, gardens are able to create a small green oasis amongst the tarmac and concrete sprawls of our major cities.'

'Whilst many gardens can only ever be ‘islands’ of green space, cut-off from the wider countryside and unable to support less mobile wildlife, they can be incredibly important for some crucial declining species, such as bees. By making our gardens into a snack stop for bees, butterflies, hoverflies and birds, their mobility and range means that they can make a home even in the the most urban landscapes.'

[I can vouch for that paragraph from observations in my own back garden.]

'There is a huge amount of potential for wildlife in that green or grey space next to your house and not just for common species, but those that are in a serious state of decline.'

Statements like the one above from Brent Planning Officers need to be challenged, with supporting evidence.