DEMAND BETTER: join the TUC demonstration tomorrow. Assemble Portland Place from 11am, start March at noon and Rally in Parliament Square at 1pm 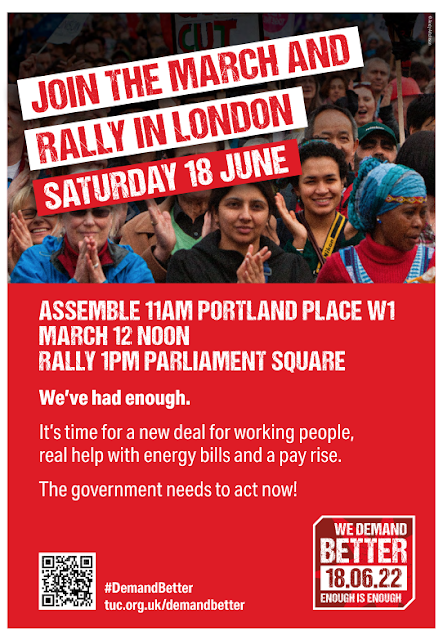 This Saturday, workers, families and pensioners will be marching through London as the TUC holds our We Demand Better demonstration. With hundreds of coaches booked from every part of the country and the weather set fair, it’s shaping up to be a memorable day. And we’ll be delivering a simple message to the government: enough is enough.

With a PM who is more concerned with his own job security than anybody else’s, and a Chancellor who spends more heating his swimming pool than a minimum wage worker earns in a year, it’s time for change. Trade unions are fighting for action on the cost of living, for higher wages, and for a New Deal for working people.

We believe the cost-of-living emergency is the result of political choices made in Downing Street. Of course, it’s hard for government to control global energy prices – but austerity, benefit cuts and attacks on unions have held our living standards back. Even now, with City bonuses rising six times faster than wages, ministers are choosing to tax working people rather than wealth. And just last week, the PM warned workers against bargaining for higher pay.

The pressures facing households are getting worse. It now costs more than £100 to fill a family car, with many low-paid workers unable to drive to work. Energy bills are set to rise 23 times faster than wages. And next year, the influential OECD think tank forecasts zero growth for the UK economy – the worst performance among the G20 industrial nations, apart from Russia.

Rather than the Chancellor’s belated, half-hearted support package, we need real change. A decent pay rise for public sector workers. Fair pay agreements. A £15 minimum wage. And the Employment Bill we’ve been promised not once, not twice . . . but 20 times. And instead of bashing unions, ministers should back working people and boost collective bargaining.

But if the government won’t do what’s right, then we will. We are the trade union movement – and standing up for working people is what we do. And that includes workers who feel they have no alternative but to vote for industrial action to win fair treatment.

Now is the time to stand up for what we believe in. If you’ve had enough of this rotten government, and if you’re fed up with everything going up but wages, then join us in London this Saturday. And encourage your workmates, friends, family and neighbours to come too – and encourage everyone to join a union.

It's time to demand better. See you from 10.30 am in Portland Place. 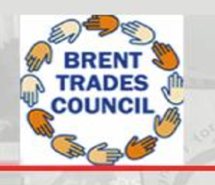 18TH JUNE WE DEMAND BETTER PROTEST - BRENT TUC DELEGATION
JOINING THE DEMO ARRANGEMENTS
Brent TUC delegates and supporters will join the demo as a group so they can
march together behind BTUC's banner.
11.30 meet at Regents Park Station on the Bakerloo line.
Posted by Martin Francis at 18:37:00