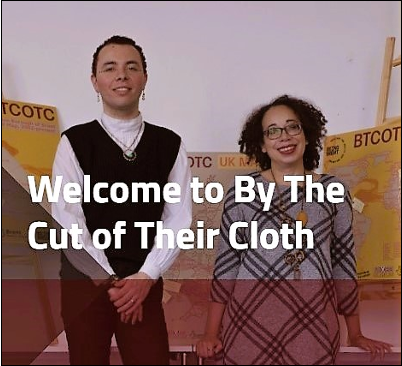 Back in January I wrote a guest post, asking whether you could help with “By The Cut of Their Cloth”, a local history project to uncover Brent’s neglected mixed-race histories. Co-curators, Harlesden artist Warren Reilly and Dr Chamion Caballero of The Mixed Museum, were working with Brent Museum & Archives, local volunteers and members of the public.

Their “Being Brent” project was uncovering a fascinating collection of stories, which would be put together in an online exhibition. They hoped to have it ready by late March, but because of the wealth of material uncovered, it only launched online last week. Click on the “link”, and you will discover that it was well worth waiting for!

There is a short (and LOUD) introductory video, but I will also mention a few of the stories covered in the exhibition below, to give you a flavour of it.

I first heard about “By The Cut of Their Cloth” when I was researching and writing about Ram Singh Nehra and his Welsh wife, who lived in Wembley in the 1930s. Martin published my story about Nehra in three parts last December, and a full accessible version is available in the local history articles section on the Brent Archives “Google Drive”. 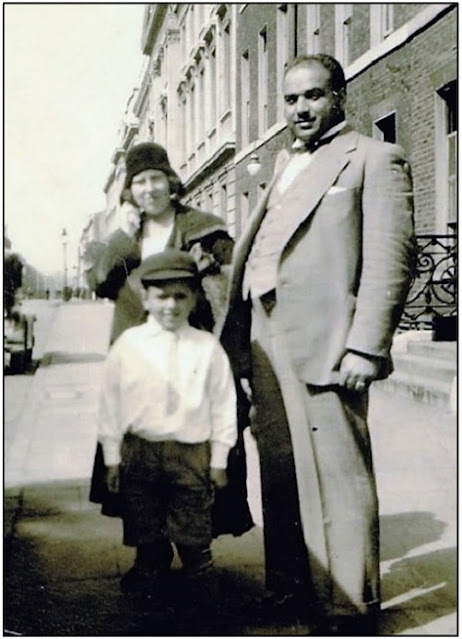 The Nehra family’s story found its way into the online exhibition, but it contains many more stories that are new to me. One concerns Marjorie Mayling, the daughter of a Great Western Railway labourer living in Stonebridge, who had a job as a waitress in a Lyons Tearoom at the British Empire Exhibition in 1924. She was serving an Indian customer, Mafooz Ali Khan, and they fell in love. She married him, and within three months they were living in India.

Marjorie appears to have had a happy, and quite luxurious, life with her husband in Bhopal for the next twenty years (she was known in Hindustani as Haseena Begum), and when her sister Phyllis came to visit her in 1926, she too stayed in India and married a wealthy Indian! 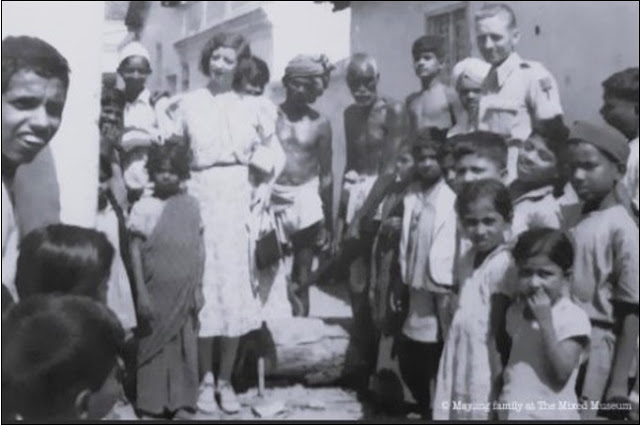 Marjorie / Haseena Begum in India, c.1930. (Courtesy of the Mayling family and The Mixed Museum)

Not all of the mixed marriages in the exhibition lasted as long. The American-Chinese magician, “Prince” Fee Lung, met his English wife Jennie when they were both working in London music halls in 1900. After marrying, they set up home in Sandringham Road, Willesden, but six years later Jennie was suing Fee Lung for divorce, on the grounds that he had deserted her. She had been his stage assistant for his “vanishing lady” act, but had left her because she’d become too fat to be able to perform the trick! You can read more details online. The “By The Cut of Their Cloth” online exhibition contains not only personal histories but a wide range of material, covering multiracial Brent, the Windrush generation, fashion, music and much more as well. You can find and enjoy it yourself on The Mixed Museum website.

One subject area BTCOTC covers is weddings, and I will end this brief introduction with a beautiful wedding photograph, taken at St Andrew’s Church in Kingsbury in April 1991, which also features in the exhibition. 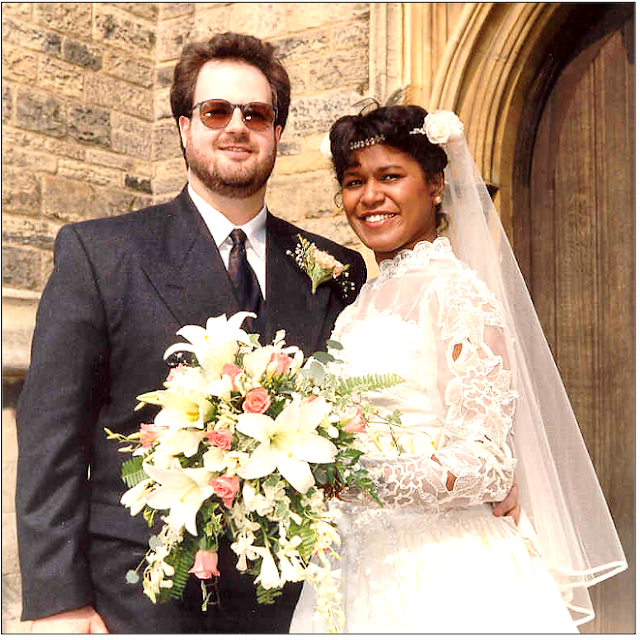 Bookmark the “link”! You’ll want to dip into the Exhibition time and again.

Email ThisBlogThis!Share to TwitterShare to FacebookShare to Pinterest
Labels: BTCOTC, By the Cut of Their Cloth, mixed race

Happy Windrush Day to everyone in Brent's diverse community!