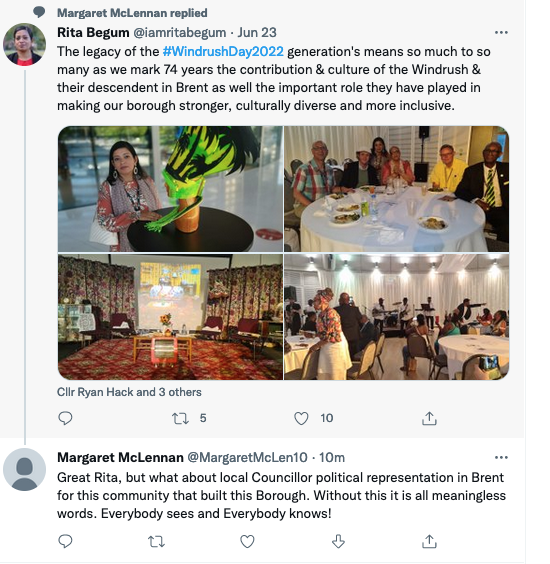 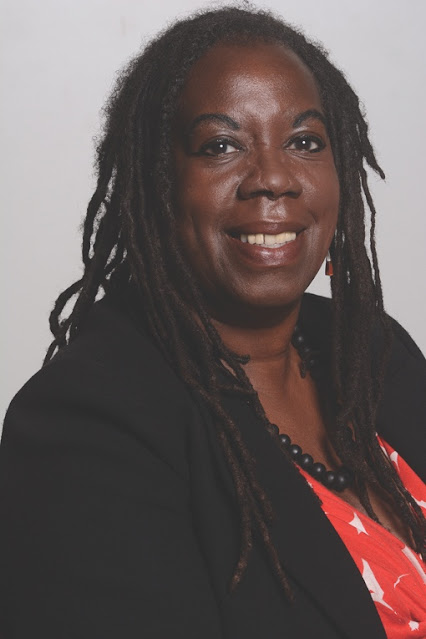 Former Brent Council Deputy Leader, Margaret McLennan, who did not stand for election in May, broke cover this afternoon in reaction to a newly elected councillor's tweet about Windrush Day celebrations in Brent.

Great Rita, but what about local councillor political representation in Brent for this community that built this borough. Without this it is all meaningless words.

Everybody sees and everybody knows.

The dimishing role of the Black Caribbean community in local politics has been an issue lurking beneath the surface for some time and goes beyond the recent candidate selection process and Cabinet and Committee appointments.

A number of years ago I chatted to two Black Caribbean ex-councillors (both Labour) outside Harlesden Methodist Church where I was running a stall. They listed a number of issues that they felt meant that their community was no longer respected, including the closure of Stonebridge Advenure Playground, the council's takeover of the Bridge Park Centre and funding for the Sickle Cell Advice Centre.

An issue that has been raised with me recently is the claim that aspiring Black Caribbean candidates have been pushed out of many wards in the south of Brent.

In February of this year Cllr Wilhelmina Mitchell-Murray resigned from the Labour Party, citing differences with both the local and national ladership, and joined the Conservatives. She unsuccesfully stood as a Conservative candidate in Wembley Central at the May election. Her son Joshua Murray, Labour councillor for Harlesden, did not stand for the May local election. 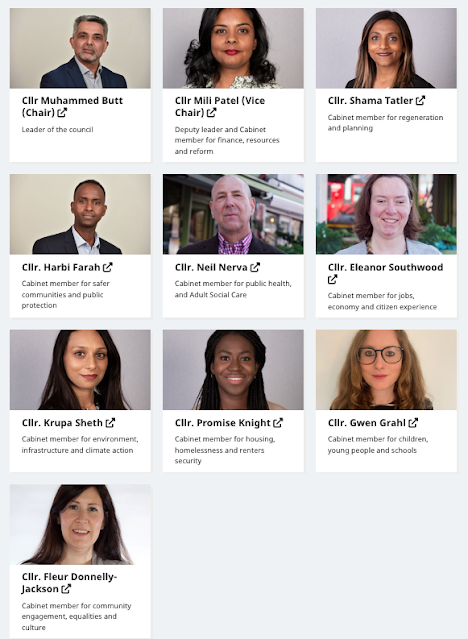 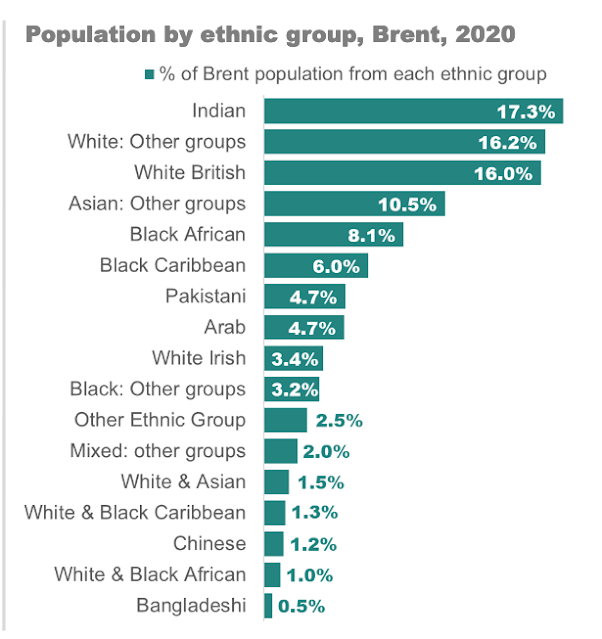 A crude comparison might be made of the composition of the Cabinet and councillors and that of the local population but we would need to know the self-defined ethnicity of all councillors to make a legitimate comparison. I have not been able to find that recorded on the Brent website but a rough count  puts the number of Black Caribbean councillors at around six out of 57 councillors (approximately 10.5%)

Numbers alone of course does not indicate power as this depends on the position held within the council as well as their level of engagement with the community,

I salute Margaret McLennan for her courage in exposing not just empty rhetoric, so called celebrating the strong Brent pillar that the Caribbean community laid locally, but also exposing opportunism by those who use language but do not walk the talk. The 1980 s Labour Council, led by formidable leader Merle Amory had a political vision of targeting and channeling resources to those most in need and celebrating blackness and diversities in deed overcoming ethnic boundaries. It required political vision, courage, and incisiveness. Margaret gave up the battle it seems...as a result of which that battle for genuine representative diversity is weakened. It is incumbent on Cllr Mo Butt whose courage in using his power is evident, to hear messages vocalised by the former Deputy Leader. I hope he rises to the challenge.

Yawn. She was an unquestioning and devoted Butt-loyalist who was complicit in everything he did. Now she suddenly discovers her voice after stepping-down. Utterly cynical.

So why didn't she do it when she was deputy leader?

Let's face it, after what Cllr. Butt did with Bridge Park and the Stonebridge Adventure Playground, and we must remember that it was with the unflinching support of Cllr. McLennan.............. do complete the sentence as you see it.

For me, the irony of it and the hypocrisy of the woman.

More digging into Muhammed Butt needs to be done as there is something rotten about the Councillor makeup. Just look at how many of his family members and relatives are in Councillor positions, particularly key ones.

Given the sizes of ethnic families in Brent, people like Muhammed Butt wanting to build political dynasties will have no shortage of family members to field as Councillor candidates. Local reform / limitations in this area is urgently required as the related candidates put forward are not necessarily of calibre or capability so the electorate suffers.

Butt's relatives, like any other councillors, may have the necessary capability, it is when they just follow his instructions, rather than representing the interests of the people of their ward that there is a serious problem.

The fact of the matter is questions must be asked as to why a senior political leader as Butt is has so many members from his immediate and extended family in key Councillor roles? Inevitably this means they are comprised from the start and unlikely to put the interests of Brent residents first!

Philip, as someone from the same cultural background as Dodgy Butt, it may be worth shedding some colour.

There is clan mentality and the focus is about keeping the family happy at any cost. Butt knows this and it’s destroying our borough.

Dystopian Brent, the Butt of London political jokes second only to his bestie Sadiq Khan.

Wondering if McLennan (she of the Butt dynasty super supporter, in direct opposition to the black residents' interests) has the nerve to comment here.