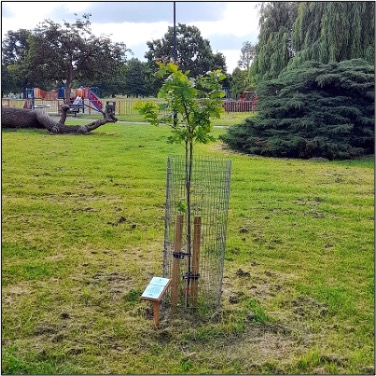 Many people will be celebrating the Queen’s Platinum Jubilee this weekend, and one excellent way to mark the 70th anniversary of her reign has been to plant a tree. I saw this recently planted oak tree when walking in Roe Green Park, and when I read the plaque beneath it, I was reminded of some local history that I’m happy to share with you.

The tree is one of eighty, planted as part of the Queen’s Green Canopy initiative, to celebrate the Platinum Jubilee, and the 80th anniversary of the Association of Jewish Refugees. Their trees have been planted at various places around the country that welcomed refugees from the Holocaust. The Kingsbury tree is in ‘memory of Gustav and Herta Nagler, who found refuge here from Poland and Germany in 1940.’ 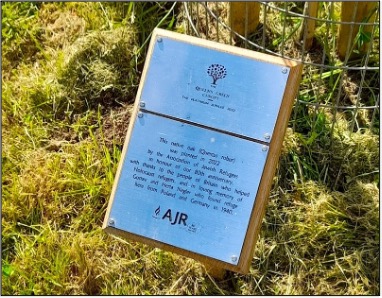 The AJR memorial plaque beside the tree.

I don’t know Gustav and Herta Nagler’s story (if you do, please share it in a comment below), but my research into Kingsbury’s history has shown that they were not the only refugees to find a new life here.

One of the first was Dr Willy Selig, who settled in Kingsbury around 1930, after leaving his home in Munich, an early hotbed of the Nazi Party in Germany. He rented a former farm worker’s cottage at Valley Farm, in Kingsbury Road (where Sutherland Court now stands) and opened a (pre-NHS) GP surgery there. The Valley Farm housing estate was being built just across the road, and he was soon a popular local doctor.

Older residents I interviewed, when writing a history of the estate (where I live) for its 75th anniversary in 2005, remembered him with affection. I heard stories of how he had helped the local ARP team during the war, although as an “alien” he was not allowed to be an official member. The wardens gave him one of their tin helmets to wear, and requisitioned a replacement for one that had been “lost”. 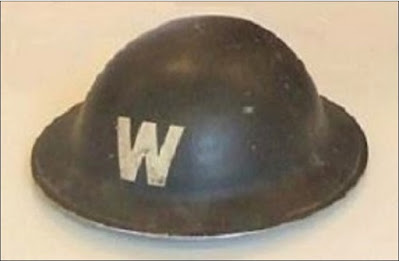 After Fryent Way had been built in 1935, Willy Selig moved to a new house there, at No.22. The medical practice he began is still there, in an enlarged building, as The Fryent Way Surgery, serving the local community.

New homes on the Valley Farm Estate attracted many Jewish families, some from other parts of London and others fleeing Nazi persecution. Mersham Drive (named after a village in Kent), developed between 1931 and 1933 by Messrs A & M Haddow, proved very popular (it may be a coincidence, but the street name sounds similar to Mea She'arim, one of the oldest Jewish neighbourhoods of Jerusalem outside the walls of the Old City!). It was residents of Mersham Drive who founded the Kingsbury Hebrew Congregation in 1934, which began meeting in their homes and would go on to become Kingsbury Synagogue.

The Spiro family, an older couple, their son and his wife, moved to Valley Drive around 1938. They’d left behind a manufacturing business in Berlin because of growing persecution from Hitler’s Nazi government. The final straw was when young Mrs Spiro was walking past a school, and saw a group of boys beating up a Jewish pupil (identified by the yellow Star of David he was forced to wear), and being urged on to do so by their schoolmaster. She knew she would never want children of her own if they stayed in Germany, and fled to Britain with her husband and his parents. Her own parents decided to remain, and died in the Holocaust. Further along Kingsbury Road, it was Holy Innocents’ Church that would provide a safe haven for more refugees, or rather its vicarage. When Rev. Lambart Edwards agreed to become Vicar of Kingsbury in 1883, it was on condition that a “parsonage” would be provided for him, as he had a wife and five children (and probably servants as well). He also had a new church built, rather than the ancient St Andrew’s in the south of the parish. 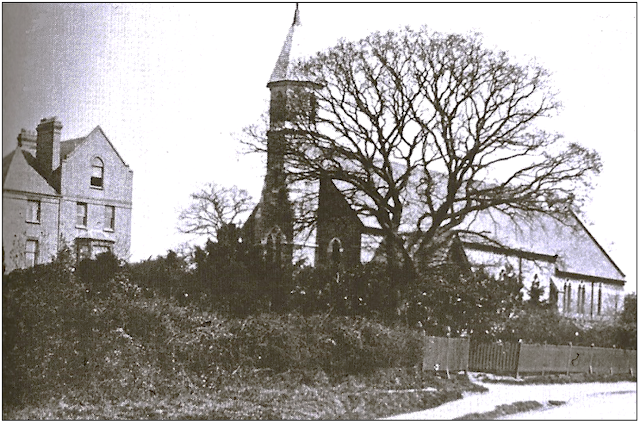 Around 1930, a smaller and more manageable vicarage was built at Roe Green, and the large old house behind the church was sold to John Laing & Sons. They allowed it to be used by the Children’s Society as a home for babies awaiting adoption. In 1939, it was taken over by Dr Barnardo’s Homes, to provide a home for some of the around 10,000 unaccompanied Jewish children brought to Britain from German-controlled Europe as part of the “Kindertransport”.

Those children would have found a welcoming community in Kingsbury. In 1942, the Hebrew Congregation acquired Eden Lodge, a large Victorian mansion beside Kingsbury Green, and registered it as a place of Jewish worship. It was soon to be known as Kingsbury Synagogue, with its own new worship building erected in the grounds by the late 1940s. But Jews escaping Nazi persecution are far from the only refugees that Kingsbury has welcomed. 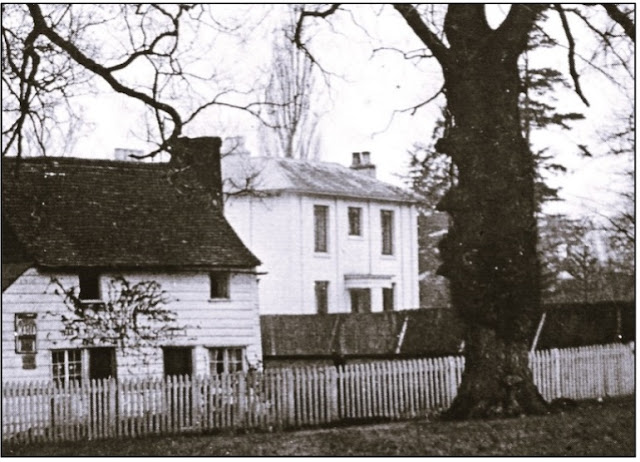 Ivy Cottage at Kingsbury Green, with Eden Lodge beyond it, early 1900s.
(From the late Geoffrey Hewlett’s collection)

The Gohil brothers and their families moved to Crundale Avenue in the winter of 1969/70, some of the first Asian residents on the Valley Farm Estate. Like many others of Indian origin, they had come to England from Kenya when that country’s newly independent government discriminated against them. Their new neighbours were friendly and very helpful. Their house only had open fireplaces for heating, and it was the Jewish lady from next door who showed them how to lay and light a coal fire, and where to buy coal and firewood!

Over time, many of the Jewish families have moved on from Kingsbury, while newcomers have been a wide variety of people from around Britain and the world, some of them also refugees from wars and famine. 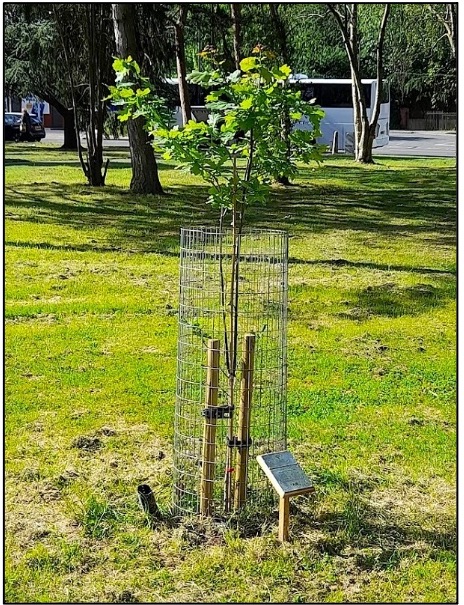 It’s fitting that the new oak tree in Roe Green Park was planted ‘with thanks to the people of Britain who helped [Holocaust] refugees.’ Our long-serving Queen has symbolised some of the best aspects of Britain, such as the welcome to refugees shown by the people of Kingsbury, and of Brent.

I don't think I ever met Dr Selig, but his name was frequently spoken in our house, and always with the greatest affection. My grandfather, my parents and my aunt and uncle had all been his patients. Dr Selig was the standard by which other GPs were measured, and his portrait still hangs in the Fryent Way surgery. According to his obituary in the BMJ -https://www.bmj.com/content/281/6251/1363 - he came to England in 1933, after Hitler came to power, but perhaps Philip G has a better source.

Philip B may be correct about the date Dr Selig came to Kingsbury.

I did not have a primary source for my information, just the memories of a man who, as a young boy after his family became early residents of the estate, had his life saved by Dr Selig's medical skills, after catching one of the diseases which (in those pre-vaccination days) was a common cause of infant mortality.

I put "around 1930" by working back to the age my source thought he had diphtheria, but more than 70 years later, his memory may have been inaccurate.