1 Morland Gardens – yet another twist! 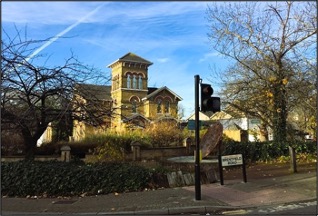 “Altamira”, 1 Morland Gardens, with community garden in the foreground. (Photo by Irina Porter)

When Martin reported, just a week ago, that a call-in meeting of Brent’s Resources and Public Realm Scrutiny Committee had given the go-ahead for the contract for the Council’s Morland Gardens redevelopment scheme to be awarded, you might have thought that the fate of the heritage Victorian villa there was sealed.

The only thing that could scupper Brent’s controversial plans to demolish the locally-listed building might be the objections to the proposed Stopping-up Order for an area of highway between the restored garden wall of the villa and the community garden. Council Officers, with the encouragement of several Cabinet members, had decided in early 2019 that they could use this extra piece of Council-owned land, in order to build more homes as part of the development. They had failed to consider the consequences of that decision, or to take the necessary action to obtain the Order, which led to the call-in. 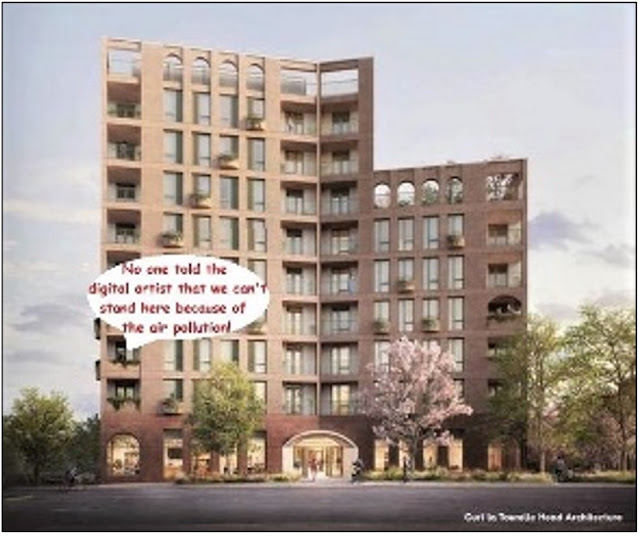 The “award-winning” building which Brent wants to replace “Altamira” with.

Alan Lunt, Brent’s Strategic Director (Regeneration and Environment), won his right to award the two-stage Design & Build Contract for Morland Gardens to Hill Partnerships Ltd on the evening of Thursday 9 June. But when the agenda for the Cabinet meeting on 20 June was published the following day, this was item 12:

‘12. Authority to Tender for the Design & Build Contract at 1 Morland Gardens, Stonebridge.

Following on from a call-in relating to the original contract award, this report requests approval to invite tenders by way of a direct award under the Network Homes Contractor Framework and approve the pre tender considerations as required by Contract Standing Orders 88 and 89.’

The Report for this item was “to follow”, and that was not published on the Council’s website until the afternoon of Thursday 16 June. What had gone wrong? This is the explanation given at para. 3.3 of the Report:

‘The council also sought to procure a contractor for the scheme in May 2021 and May 2022 but both tender opportunities were unsuccessful. The first tender opportunity did not elicit any bids. The second tender opportunity elicited three bids and the council recommended the award of the contract as detailed in the Key Officer Decision report of 20 May 2022. This decision was subject to “call in”, during which period the Framework under which the contract was awarded, expired and so the council is required to procure a contractor again under a further procurement process.’

It appears that Mr Lunt may be trying to blame the call-in for the missed opportunity to award a contract for the scheme, and the need for a third attempt ‘to procure a contractor’. In fact, he was given a second chance to find a contractor in August 2021, and the three bids under that procurement process were received in November 2021. The fact that Brent took until 20 May 2022 to decide which of the three contractors they wished to award the contract to is no fault of the councillors who called-in his decision. They did so because of the risk of awarding a contract for a project which involves land that Brent does not have the legal right to build on!

Brent’s Cabinet are being asked to make a big decision at short notice. Not only that, they are being asked to approve the finding and appointing of a new contractor in a very rushed process, set out in this table from the Report: 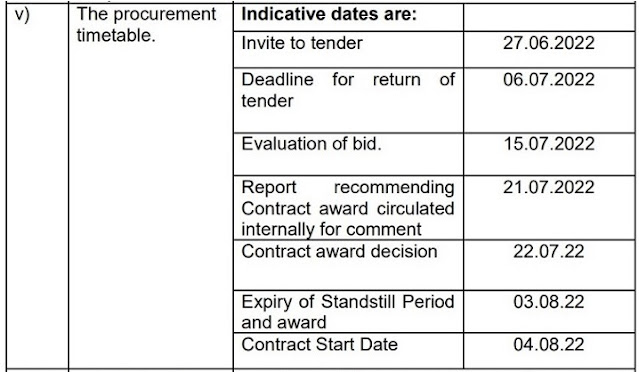 Extract from table at para. 3.6 of Cabinet Report.

The Report says that ‘the estimated contract value of the procurement is £38m.’ The bid the Strategic Director wanted to accept in May was £37,933,491, but that had been made in November 2021. There was another item on the Cabinet agenda (Watling Gardens) where the Report was also not available, and a Council Officer has explained to me the reason for that:

‘Item 16 was not available on that date because the need for the report has arisen unexpectedly because of the escalation in the costs of the project due to the current inflation situation.  You may recall the challenges this situation is causing for the council were mentioned by the Chief Executive at the recent call-in meeting.’

That “escalation in costs” will surely affect the amount that any contractor submitting a tender for the Morland Gardens project is willing to offer. And if they offer an amount within the Council’s “budget” for this scheme, what corners will they cut in order to build it and still make a profit? This could easily become another Granville New Homes, where what was on paper an award-winning design was so poorly built, in order to keep “within budget”, that it is now costing more than the original contract to remedy the defects.

Brent Council has made so many mistakes and bad decisions over 1 Morland Gardens, which is why they are in the mess they are now over it. Will they plough on, digging a deeper hole for themselves, or will they finally see sense and go “back to the drawing board”?

In my article above, I made the point that the bids received in Brent's third attempt to award a contract for their Morland Gardens project could be more than the £38m expected, because of cost inflation.

Would the Council then resort to what is being proposed for Watling Gardens (see my guest post on that, just above this article)?

When the Morland Gardens scheme was first presented to the GLA for their response, Brent said the 65 Council homes proposed would be for Social Rents.

By the time the application went to Planning Committee in August 2020, this had changed to all at London Affordable Rent.

Will we see a last minute plea to Cabinet, so urgent that the right of backbench councillors to call-in the proposed decision is waived (by the Chief Executive?), to change the tenure of some of the homes to shared ownership, or another type of "affordable housing" which is actually far from affordable for the local families who need the homes?

If Brent Council does that, it will undermine the "public benefits" of the scheme, which was the reason given for going completely against the Council's adopted heritage planning policy, and allowing the demolition of the beautiful Victorian villa, for which there is really no justification.