Clement Close was the subject of a recent blog, about residents’ opposition to Brent’s proposed in-fill scheme for this Council housing estate. But how did this estate come to be here, surrounded by suburban homes in Brondesbury Park? The answer lies in another time of acute housing shortage. 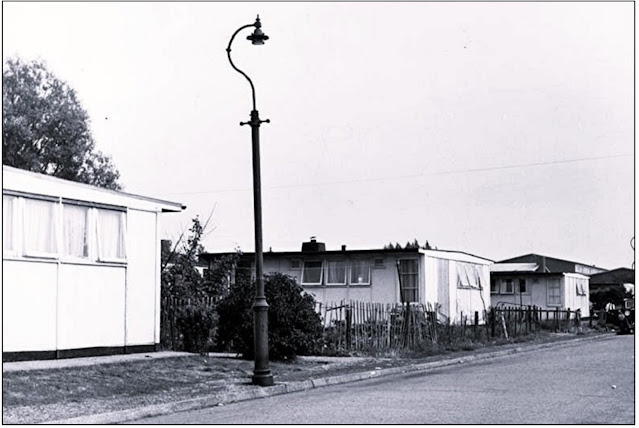 Even though they were in the middle of a major conflict in 1942, some members of the Churchill’s National Government were thinking ahead to how they would rebuild the country after the war. Housing people whose homes had been destroyed would be a major problem. One solution they came up with was the idea of temporary factory-made houses, and by 1944 local Councils were instructed to consider how many they would need, and where to put them.

One of the sites identified in the Borough Engineer’s report to Willesden Council on 15 January 1945 was the playing fields at Okehampton Road, where he thought there would be space for 135 “prefabs”, as they came to be known. The Council ‘noted’ the objections received by residents adjoining the playing fields, to the erection of emergency housing there, at its meeting on 19 February 1945. Despite this, at the end of May 1945 the Council applied for a loan of £31k from the Ministry of Health, for a period of ten years, and accepted tenders from two local companies to prepare a number of sites, including the Okehampton Road playing fields. 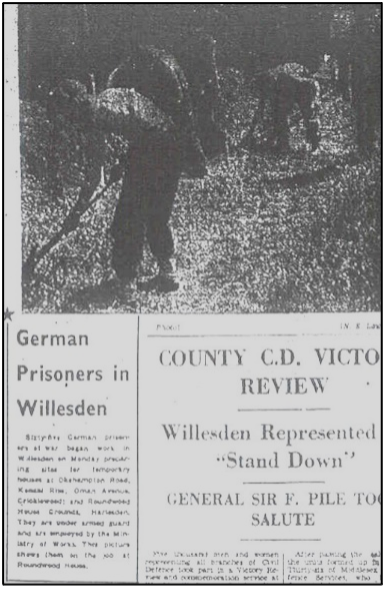 Because of the shortage of workers, German prisoners of war were used as additional labourers for preparing the sites, and work was underway at Okehampton Road by mid-June 1945. They would have been brought to work by lorry, probably from a large P-o-W camp near Watford. The concrete bases for prefab homes were laid out along a new street, called Clement Road (possibly after the new Labour Prime Minister!), linking Okehampton Road and Milverton Road, and a shorter road called Clement Way which came off of it. 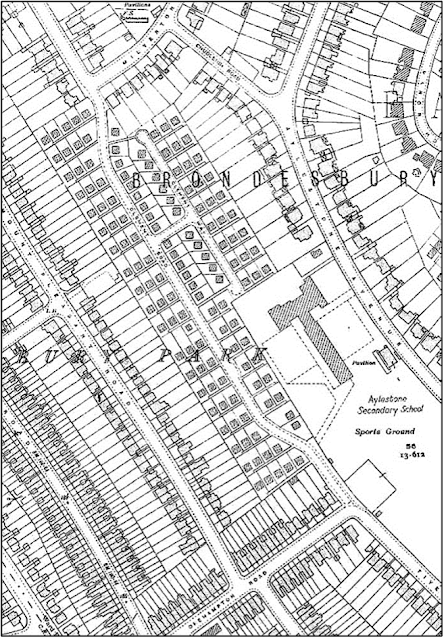 There were several varieties of prefabs, and Willesden Council had expressed a preference for the Arcon design. But they had to take what was available, and what the Ministry of Works supplied for Clement Road was a “flat-pack” bungalow, made of timber and chipboard, supplied by America under the wartime Lend Lease agreement. While they had “all mod cons”, they’d been designed as married quarters accommodation for large U.S. Forces bases in the south of that country, so were not ideal for the British climate. 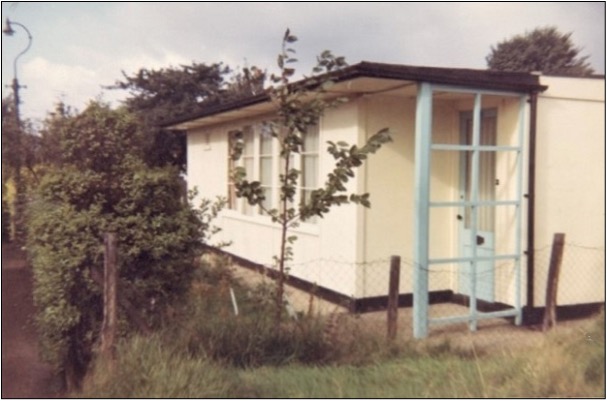 An American wooden prefab at 70 Clement Road in the 1960s. (Photo courtesy of Irene Ottaway)

Despite this, the prefabs on the Clement Road estate provided popular homes for around 130 local families, for far more than the ten years they were originally expected to last. As they were made of timber, it’s surprising that only two (as far as I know) were destroyed in house fires – but when a fire took, hold the effects could be devastating. These photos from Clement Road in the 1960s were taken by a schoolboy who lived there. What he did not know at the time was that a baby had died inside this burning prefab. 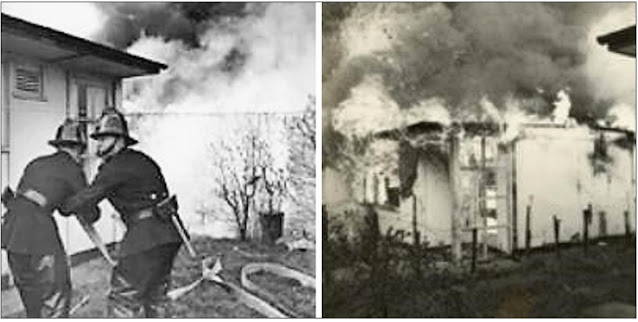 Firemen tackling a blaze at a Clement Road prefab in the 1960s. (Courtesy of, and © Brian Aris)

Families on the estate were gradually being rehoused into permanent Council homes, but as late as 1962, some were being relet to other families in housing need. Eventually, the prefabs at the northern end of the site were cleared, and the permanent Council homes of what was to be called Clement Close were built in the 1960s. 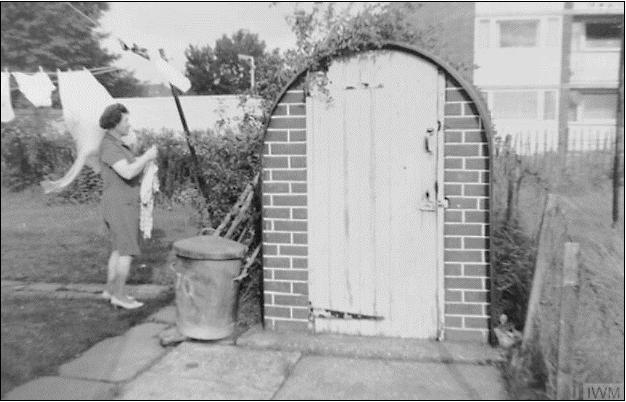 Mrs Maisey, in the back garden of her Clement Road prefab in the late 1960s,
with Clement Close homes in the background. (Courtesy of Irene Ottaway)

The Clement Road and Clement Way prefabs were finally removed by the early 1970s. Most of the Okehampton Road playing fields, which Willesden Council had requisitioned for post-war emergency housing in 1945, returned to their original use, but this time as additional grounds for the adjacent secondary school (now Queens Park Community College). The northern end, accessed from Milverton Road, was kept for Council housing, as Clement Close.

(With thanks to the former residents of the Clement Road prefab estate, who shared their stories and photographs with the Brent Archives “Prefabs Project” in 2011.)

If you are interested in the extent of the bombing locally during the London Blitz (7th October 1940 to 6th June 1941) that led to the destruction of many homes go to this interactive site. The information goes to street level.

Many post-war prefab homes in Willesden and Wembley were provided with a "garden shed" like the one in Mrs Maisey's back garden (see final photo in the article above).

They were made out of surplus corrugated iron sheets which had been provided to local Councils in 1940, to distribute to their residents for use in making their own air raid shelters.

The idea was that householders could dig a pit, six feet long, four feet wide and at least three feet deep, in their back garden. Then they would put in the two corrugated iron sheets, bolt the top edges together, and cover the semi-circular roof with the earth they had dug out. The family would then go down steps into the shelter during air raids, and be protected from bomb blasts by the earth-reinforced roof above them.

The reason that Willesden and Wembley Borough Councils had so many surplus "Anderson Shelters" at the end of the war was that they had proved impractical for most local homes. Families who had dug a hole into our local London Clay soil found that when it rained, their shelter filled up with water, which would not drain away. It was impossible to use these flooded shelters!