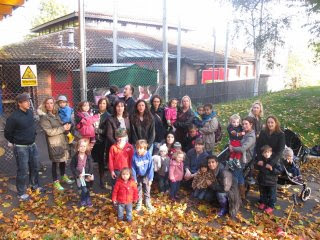 The Save Treetops Nursery Facebook page is reporting that Brent Council has officially  accepted a private bid to run the nursery.  The nursery was designated for closure along with the Harmony nursery but parents swiftly organised a public campaign to keep it open.

An on-line petition to save both Treetops and Harmony gained 235 signatures.

The takeover by a private company obviously raises the issue of affordability of fees as well as how the parents, who have been so involved and committed, will be represented in the new set up.

Meanwhile on Saturday Cllr Ann John leader of Brent Council will be at Harmony Children's Centre, where the Council closed the nursery, to present certificates to parents who have taken part in the 12 week, Strengthening Families, Strengthening Communities (SFSC) course.

I leave it to readers to decide whether Ann John herself would deserve an award for her work in strengthening families and strengthening communities.