(Another) Open Letter to Fairview Homes: When is enough enough? Guest Blog from Save The Queensbury Group. The Queensbury Pub in Willesden Green has been bought by developers who plan to demolish it and build flats. 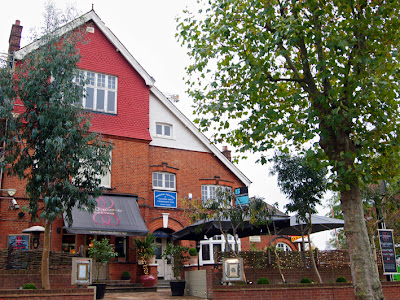 When 3000 people petition against your plans, is that enough for you to think you may have underestimated local feeling?

When the Leader of Brent council waxes lyrical about the services The Queensbury offers is that enough to realise you didn’t appreciate what you bought a year ago – i.e. not just a pub?

When the area’s biggest resident association surveys its members, meets to hear your changes in response to criticism, but still objects formally to Brent council - isn’t that enough to realise you do not have any community support?

When The Wanted, DJ Sara Cox, the local MP, the local GLA member, local Councillors and the former Mayor of London all oppose your plans do you not think you may struggle to get these accepted?

When 450 thoughtful, eloquent objections are lodged on Brent’s planning site isn’t that enough to appreciate The Queensbury is a valued amenity?

When other pubs in London and England have been saved by recent changes to legislation didn’t your experts suggest The Queensbury would not be so straightforward?

When you decided not to consult pub users or Busy Rascals on your plans last summer did you really not know they existed? Or were you reluctant to hear their views?

When you fuel rumours about the viability of a pub on the site, but when challenged (and the pub clarifies it is thriving) you cannot offer any information to substantiate your claims, isn’t that enough to appreciate the community is not stupid?

When you claim community support for your scheme (based on 22 comments at your consultation) but when challenged you hide behind “Data Protection Legislation” as a reason to not publish these comments, isn’t that just a bit weird?

When you lodge a plan with Brent Council but stall a decision for 6 months because you know it will be refused, isn’t that enough to go back to the drawing board and devise a scheme that keeps the pub but perhaps makes you less profit?

When you attempt to pacify the locals by offering a broom cupboard as a replacement community space did you really think this would be accepted as a substitute for the potential loss of The Queensbury? And did you seriously think that your lack of profit would be accepted by locals as a reason to demolish the pub?

When is enough negative media coverage, which continually damages your company’s reputation, enough to work with the community rather than against it?

Fairview Homes: tell us, when is enough enough?