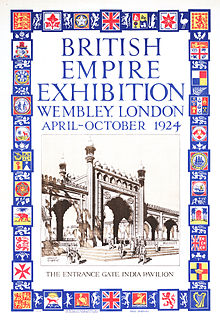 The remains of the last building left from the 1924 British Empire Exhibition will be a mountain of dust and cement blocks by the end of this week. Work began last week by developers Quintain Estates to demolish the Palace of Industry to make room for a car park despite pleas by local historian Phil Grant that the building should be reprieved for the 90th anniversary of the BEE that takes place next year. LINK

The lion gargoyles have been chiselled out and will be all that remains of the building. The memory of the BEE will live on only  in the names of Empire Way and nearby Empire Court. 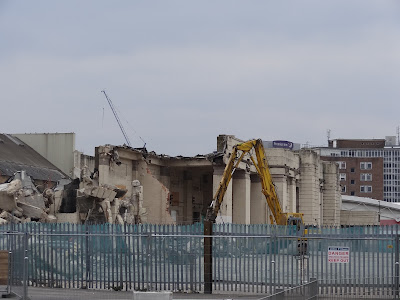 Disgraceful. It's awful that this building wasn't listed, and was allowed to fall into the state that it did - all to make way for a car park???
Brent council should be thoroughly ashamed of themselves.