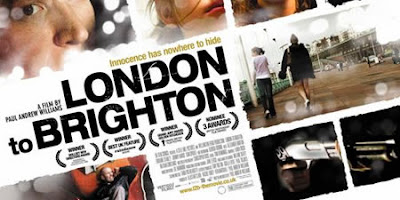 Rev David Cues, Liberal Democrat councillor for Dudden Hill, now resident in Brighton, has attended just one council meeting or committee in the last six months out of eight that he was supposed to attend.

Councillor Gavin Sneddon, another Liberal Democrat, who has also moved out of the borough -  albeit not so far, attended 5 out of 8 meetings.

Former Labour leader Ann John managed only 8 out of 13 meetings. However Pat Harrison attended 19/19 with one extra meeting, closely followed by Lesley Jones 18/18 and Janice Long 17/17. Ketan Sheth appears to have over-stretched himself managing only 16 of 3 expected attendances.

Liberal Democrats Paul Lorber and Barry Cheese both attended 8 additional meetings out of personal interest or to represent their constituents.

Obviously the number of meetings is not necessarily a guide to how effective a councillor is. If they sit there like a bag of potatoes and make no contribution except to rubber stamp decisions and do little case work they are not doing a good job.

However, Clues' 12.5% attendance rate is an insult to democracy and a betrayal of the electorate, and must reinforce the call from Brent Green Party that he should resign with still a year to go before the next council election.

Full attendance details for all councillors can be found HERE
Posted by Martin Francis at 19:31:00

What about the 2 Labour Councillors that repeatedly fall asleep in meetings?
Perhaps they should be asked to go too?

and apart from the sleepers, there's the tweeters, the texters, the Kindlers and of course the bags of spuds...