Cllr Neal Nerva presented the report of the Task Group on Electoral Engagement at the Scrutiny Committee this week. LINK The report deals both with the repercussions of Individual Electoral Registration which replaces registration by head of household and the wider issues of lack of  engagement by different communities in the democratic process of registering and voting.

Individual regestration will not impact on the 2015 General Election but will do so at subsequent elections.

The Task Group assessed the extent of registration by matching information from the Department of Work and Pensions with data on the Electoral Register. The highest match was Kenton ward  at 79% and the lowest 56% in Mapesbury and Willesden Green.

The Task Group also looked at the characteristic of each ward which yielded some interesting results: 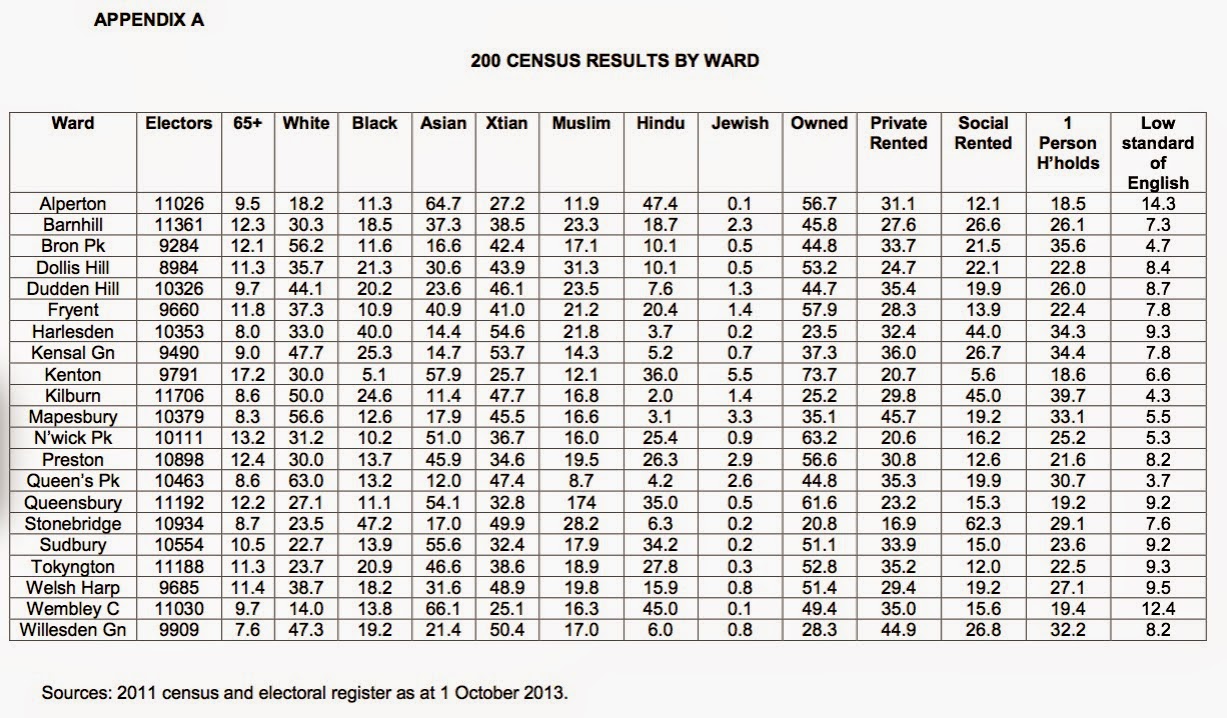 Cllr Nerva said that there was a particular challenge in the population of 20-30 year olds who were renting privately and perhaps only living in the area for one or two years. There was a need to communicate with these residents and make the case for the wider advantages of registration such as enabling people to get credit ratings and sign up to mobile phone contracts as well as  accessing a range of other 21st century trappings.

He also made the point that if a person was registered it made deciding NOT to vote an 'active' choice.

The context of different wards meant that different stratagies are necessary in each and the report outlines some of the possibilities and different  voluntary groups and organisations that could be involved. LINK

Citing the 97% registration rate in Scotland before the Referendum, Nerva suggested that the percentage of the population registered to vote should be a key council performance indicator.

One suggestion by Nerva that may prove controversial was that elected members should be involved in voter registration through what he called 'supplementary door knocking' and stalls in public places encouraging registration.

He said this would not be party political and there would be no rosettes except perhaps Brent identification.

In a contribution to the Committee I suggested that in addition to the strategies outlined officers should go into primary schools to address Parent Forums, which often have high attendance,  about registration and suggested this was a good way of spreading the word as those parents would then speak to family and friends.

This is a solid report and well worth looking at in detail. It will be going to Cabinet in January 2015.
Posted by Martin Francis at 10:45:00

Elected members doing 'supplementary door knocking'? - I wonder if they think they should be paid out of public funds to do this also?