The Green Party is supporting NHS workers on strike today alongside other activists and trade unionists.

Caroline Lucas, Green MP for Brighton Pavilion was one of many Greens who joined the picket lines this morning.

The Green Party Trade Union Group sends its support to NHS workers from all the unions who will be on strike today. The severe pay freezes imposed by the government are unjust and part of the unjust neo-liberal policies that punish the poor, the sick,  the vulnerable and also those who provide health care.


As if that were not enough, NHS workers are sometimes doing their utmost to keep an adequate health service running ins pite of misguided marketisation and cut backs.


We all need the work that these workers do and they need a decent wage! 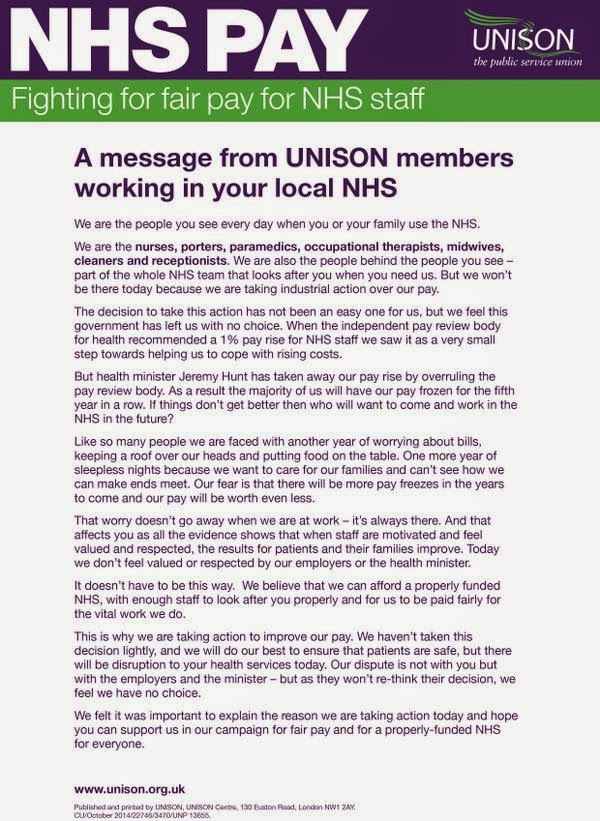