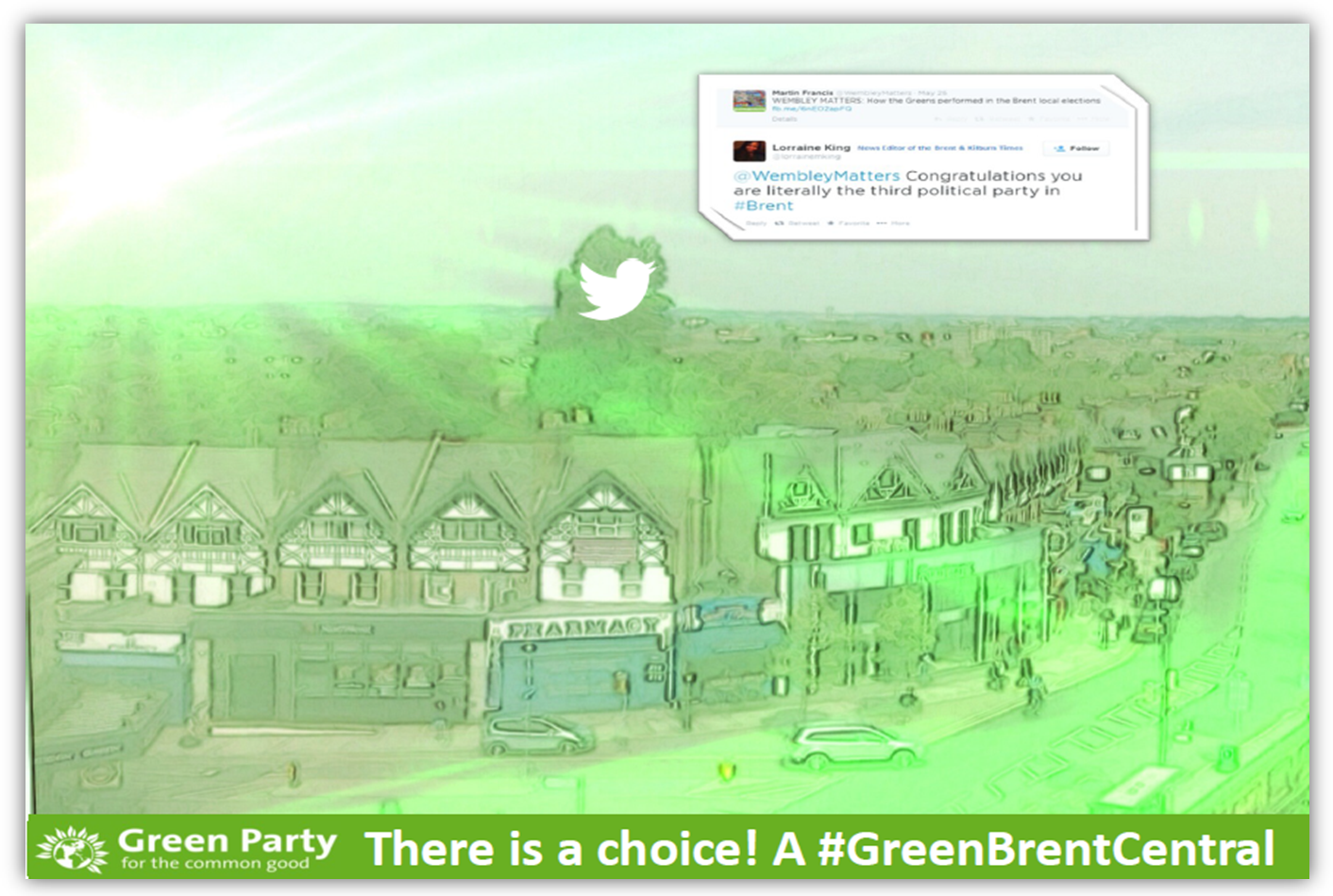 Shahrar Ali was recently elected make deputy leader of the Green Party of England and Wales.

Shahrar contested the seat in 2015 and stood in the London Assembly, European and local elections.

The People of Brent have been let down time and time again.
From the closure of libraries and A&E wards to the privatisation of schools and council services -- all the main parties are responsible.
From the displacement of communities from social housing to the eviction of families due to the bedroom tax -- all main parties are responsible.
From the assault on civil liberties from arbitrary raids to the deplorable tactic of racist van slogans -- all main parties are responsible.
It is high time for change of the political order.
I have a track record of fighting the people of Brent's corner year in year out.
More and more people are coming round to our way of thinking -- and doing -- for a long-term, sustainable way of living. Politics doesn't have to be looking after number one. It can be about the common good for all, including the species we share the planet with and what we leave behind for our children's children.
As MP for Brent Central, I will fight for everybody's right to a decent life - education, health and meaningful work - and an economy that doesn't shortchange the planet every time we buy more than we need.
The Green Party is on the rise. As recently as 2012 we were knocking on the LibDems door. With Sarah Teather out of the race, and the LibDems in meltdown here more than anywhere, we are the main challenger to Dawn Butler and Labour-sheen policies. Out with the old politics, in with the radical.

If elected do the Greens promise to reduce recycling rates like they've done in Brighton?

Shahrar tells me: Labour-sheen means mere appearance of traditional Labour. Instead of safeguarding the livelihoods of the less well off and vulnerable in society, they have contributed to the erosion of public services and increased cost of living.