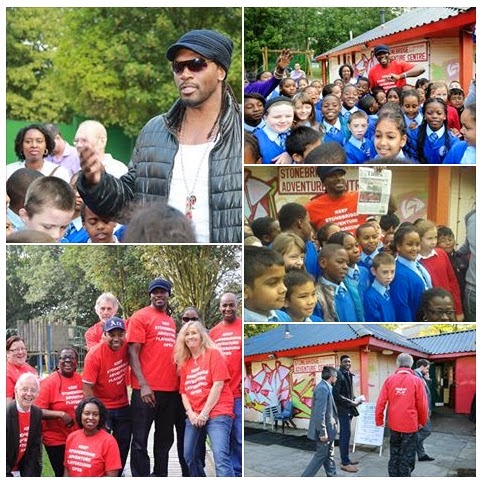 
Campaigners for Stonebridge Adventures Playground are celebrating the granting of Asset of Community Value to the facility which has served local children and their parents seince the 1970s.

Brent Council plan to close the playground in order to extend Stonebridge Primary School and build housing. The full staffed and well-resourced playgtround which also runs special projects for children with special needs and disabilities would be replaced by a much smaller unstaffed 'kickabout' close to the main road.

As well as recognising the value of the playground to the community the listing also opens the way to a community bid for the site.

THIS DOES NOT MEAN THE PLAYGROUND IS SAVED AND RESIDENTS ARE URGED TO CONTINUE TO SUPPORT  THE CAMPAIGN,  SIGN THE PETITION AND ESPECIALLT TO COMPLETE THE ON-LINE CONSULTATION

A consultation process is currently underway on the Council plans with the latest meeting tonight at the The Hub in Stonebridge 7-9pm. Bonfire Night is perhaps not the best night of the year to consult with children and their parents!