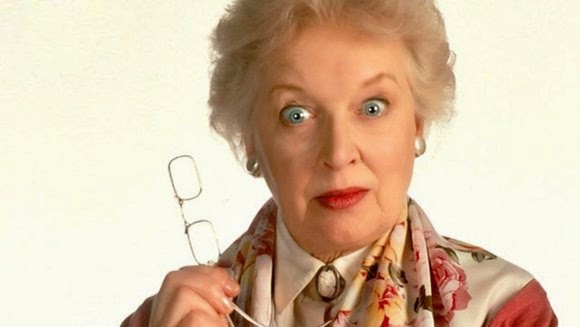 Fiona Ledden, currently under pressure from Christine Gilbert and Cara Davani as they take action on the senior management restructuring in the run up to the Christmas break, has in turn, attempted (or been instructed)  to put the heat on ex Liberal Democrat Council Leader, Paul Lorber.

Ledden has written to him about an investigation she is undertaking into information 'of a sensitive nature' which appeared in a letter from Paul Lorber published in the Brent and Kilburn Times on November 8th.

The letter was about the senior management restructuring which did not go to General Purposes Committee until November 5th.


In the letter...you refer to the disbanding of the Environment department. This was confidential information  and staff in the department were not aware, no consultation documentation could be available until after the meeting of General Purposes Committee.

She went on to say:


I am very concerned that this information was available to you and I an writing formally to ask you who gave you that information.

Ledden went on to offer to have a meeting with Lorber 'if that would assist'.

Ledden does not cite any authority for making such a request of someone who is now a member of the public.

Lorber replied that he was sorry that she had been asked to waste her time on the matter and wrote:

I expect that the Labour Leader must have been furious at the disclosure of his secret hatchet plan. Secret even from his own Councillors and even the newly appointed Lead Member of Environment.

He went on to say that 'in the spirit of Open Government' he would be happy to answer the question:

I worked it out for myself from the headlines of the report. My many years on the Council and my intuition led me to guess which Department was for the chop and which Lead Member was the weakest and therefore least likely to cause a fuss.

Perhaps you would now reciprocate by forwarding a copy of the General Purposes Report so that it can be properly scrutinised and debated.

Ex Executive member Cllr George Crane was appointed successor to Cllr Keith Perrin on October 21st. Perrin had  the previous month resigned for 'personal reasons'. The appointment made by Muhammed Butt and not by ballot of the Labour Group was first announced on the Wembley Observer's  Get West London website.

Wembley Matters published the outline Agenda item for the General Purposes Committee on October 30th LINK and the anonymous officers' report on Saturday November 8th LINK  which identified plans to delete Fiona Ledden's post as Director of Legal and Procurement along with the post of Assistant Chief Executive which has only been created a year or so before.  Some information was still withheld as the Council claimed details about individual staff could be identified.

Perhaps Ledden needs to read Wembleymatter which released the new proposed job structure a while back. Looking at that structure and the directos being axed one might use the term disbanded but now Ledden has really let the cat out of the bag.

Just think of how many letters I'd get if she was a loyal reader. Enough to put the Post Office back in the black.

Why would staff in the department not be told about the proposals prior to the report going to committee? Presumably there must have been some preparatory work done in order to formulate the report and any staff worth their salary would pick up on this and be able to make an educated guess as to what would be going on.

It looks like the crones /cronies can't stand being left out of things and take out their ill-judged ire on just about anyone they can. Of course it makes them look silly but they are beyond embarrassment. Sadly however, when they do this to staff, it can be harrowing as we have seen.

I worked as a Head of Service in the Environment Department until three years ago, and the relationship with the Town Hall and the SMT was often fractious. I saw many good people leave and go on to other Councils because of the constant interference. I left when I took early redundancy, but I fear for many good people left wondering 'what next?' and facing the very real prospect of the axe. The rot set in when Gareth Daniel was ousted and his leadership has been missed, even though I didn't always like his dictatorial approach. He promoted the 'centre' at the expense of the real front-line service employees. What exists now is the consequence of that. Dismantling the Environment Department is a seriously backward step, and it seems that the Council is falling apart politically and at senior management level. I thank God that I got out when I did before I suffered the nightmare that the entire workforce is now faced with, and the real sufferers will be the innocent public. Shocking!

A letter to Fiona Ledden

A Mr Potts will be taking your job so spill the beans on Cara Davani and your job will be safe.

Or else you face the chop.

Internal memo for the public eyes only

It is your only hope of getting out alive.

I have witnessed the full force of Gilbert and Davani destroy people for their own importance.

Fiona Ledden you can put a stop to all of it.

Just like Saville and missing child abuse dossier people's reputations are being protected. Fiona Ledden it is time this all ended and you become the whistleblower ! The local cover ups over Copland School, failure to do anything about Kensal rise email gate, failure to act over Cara Davani etc etc.

Fiona Ledden You have the power to end it all.

For the good of all turn Whisteblower !!!