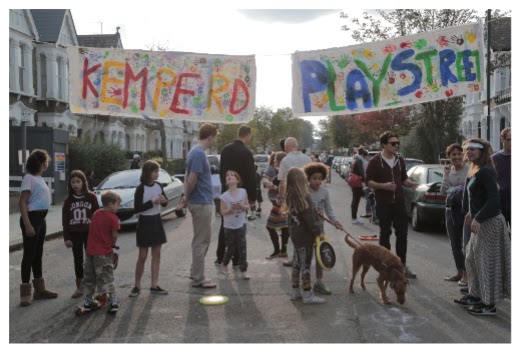 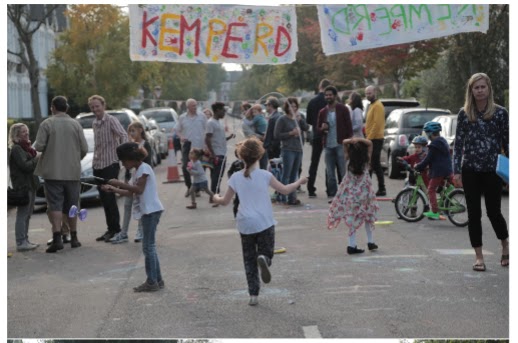 They could be updated photographs from the 50s LINK but these are from an experimental 'Play Street' in Kempe Road, Queens Park.

The Brent Cabinet will this afternoon at their meeting at Crest Academy (2pm) be considering a paper adopting a procedure for occasional closure of local streets along similar lines. LINK

This comment from one of the organisers sums up what is to be gained for the community:
HERE