Prevent in Brent: Protecting Our Liberty?

The Prevent Strategy is coming in for increasing criticism as a clumsy tool that, rather than preventing young people getting involved in extremist activity,  stereotypes a whole community and undermines the free exchange of ideas.  In Brent school staff are currently going through training about the strategy and I have heard that there is disquiet among staff that they will be seen as 'spies' on children and their families rather than partners in education. This could have undermine the  trust necessary for a positive relationship between parents and the school.

Furthermore if fear of being reported for 'extremism' means that children choose to be silent in class, rather than contribute to discussion, then the issue is being driven underground and there is a ngegative impact on the student-teacher relationshiop

It is against this background that a public meeting is being held in Brent in early December: 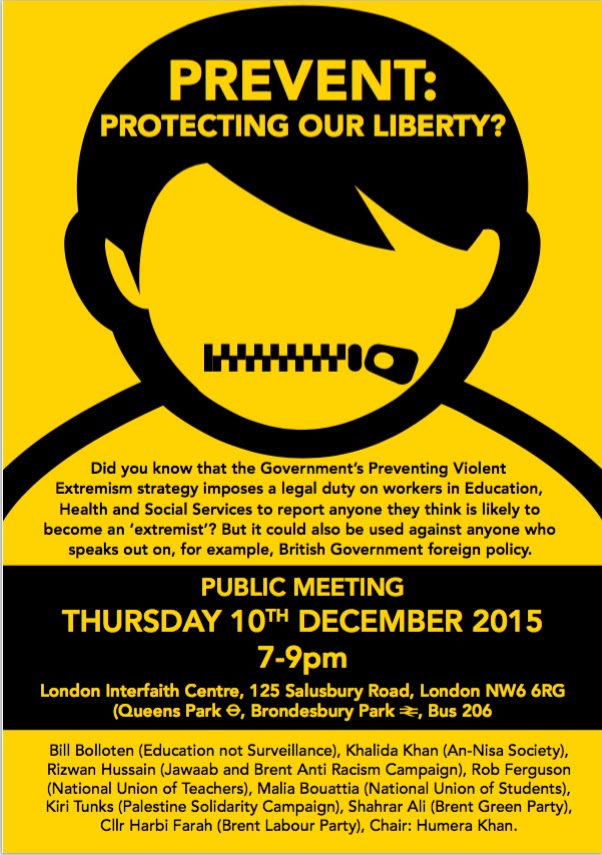 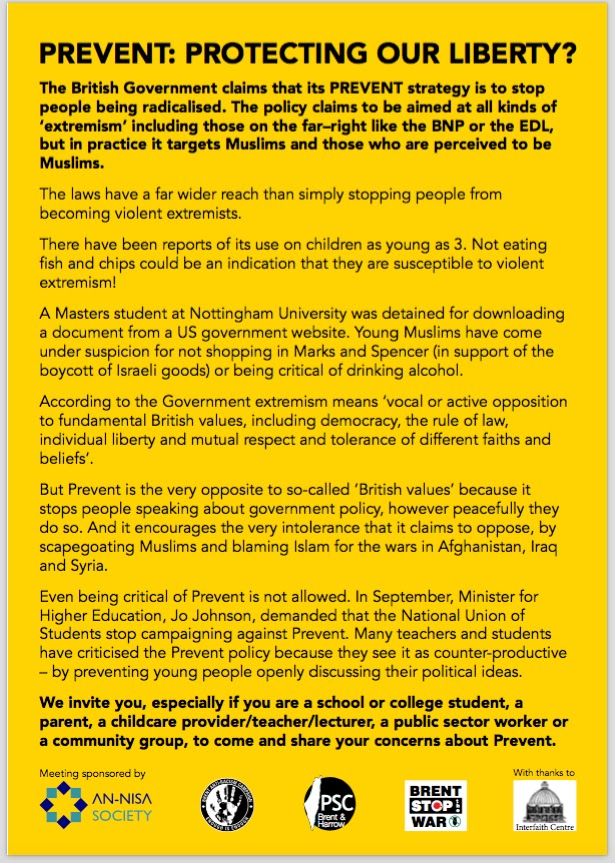