Details of the vital services provided at the threatened Granville Centre

Wednesday's Scrutiny Committee will receive several reports when considering the Granville/Carlton call-in. One appendix describes the work of the various users of the centres. Following on from Zadie Smith's talk last night I thought it would be useful to publish it here in full so that readers are aware of what is currently provided.

Granville Plus Nursery School is a Nursery School, Nursery Schools have a different distinction from a nursery. The Maintained nursery schools: the state of play report (March 2015, Early Education: The British Association for Early Childhood Education) identifies that “maintained nursery schools are local authority funded schools, with a headteacher and qualified teachers leading a team of specialist early years practitioners”, they also identify that just over 400 remain in England. Within Brent only a few Nursery Schools remain.
The latest Ofstead inspection report for the Nursery School (they are inspected under two separate Ofsted frameworks, in the Nursery School (including Horizon, their Additionally Resourced Provision for children with autism), and in their Rainbow provision), both received a “Good” from Ofsted. The Maintained nursery schools: hubs for quality in the early years (Early Education: The British Association for Early Childhood Education) report states that “Nursery Schools are inspected under the Ofsted criteria used for primary schools, rather than those used for early years settings in the private and voluntary sector, with inspections lasting two days rather than half a day.”
Council Officers visited with the Nursery School Headteacher on the 8 September and were shown around the building which includes a recent extension. Key points highlighted included the importance of the outdoor space as an educational tool and for children who live in the surrounding area which is predominantly flat accommodation. The Nursery School has an identified offer for children with Special Education Needs and Disabilities. Below is information provided from the Headteacher in regards to the Nursery School.
Officers also met with the parents and with the Governors on two separate events. Information from these meetings are imbedded into this report. From all three meeting the clear message was that they wish to stay on their current site and would not wish to be part of a nursery attached to another school (this is driven partly by not wishing to lose the status of being a Nursery School).
Information provided by the Headteacher:
·      74% of the children are from NW6, with a further 14% from NW10 (Harlesden).
·      94% are from ethnic minorities, and 86% have English as an Additional  Language.
·      17% of our children have significant Special Educational Needs and Disabilities  (SEND), including 11 in our additionally resourced provision for children with autism, and a further 8 places for children with a range of significant needs including physical disabilities and medical needs.
·      The children with SEND are fully integrated within our mainstream environment, and our SEND provision, including the autistic provision, was judged outstanding in our latest Ofsted.
·      8% of places are for Children in Need (usually with social care needs, including child protection)
·      All these specialist places are allocated by a borough-wide panel.
·      We are open 8am to 6pm for 48 weeks of the year, with a flexible fees  structure, to support parents back to work or college.
·      51% of places are babies and 2-3 year olds, with nearly all the 2-3 year olds  funded by the “vulnerable 2 year olds” NEG2 funding.
·      We provide training placements for NVQ Level 3, and in  partnership with the Institute of Education have trained staff to become qualified teachers.
·      We employ a number of local people, some of whom had their children here and whom we supported back into employment.
·      Many families have a long association with the school, emphasising their sense of community, so that ex-pupils bring their children to us, and in some cases their grand-children, due to our early years education specialism and ethos.
·      We equally welcome new arrivals, providing a place and an approach that connects them into a community network.
·      The Nursery garden is an integral part of our early years curriculum, and an oasis within a highly urban environment for children that do not have gardens and who are reliant on public space.

Barnardos received a contract in 2016 to deliver Children’s Centres for Brent Council. Barnardos are based within the Granville centre. They are commissioned to deliver 14 Children’s Centres in the borough for a 4 year period with an option for a fifth year.
During a meeting with officers from Barnardos they stated a preference that they wished to stay within the Granville Centre, as the families which they work with come from the local area. They also explained that children’s centres could not “just be closed down”.
Information provided by representative of Barnardo’s following the meeting
Granville Plus Children’s Centre, Granville Road, Kilburn NW6 5RA  Supporting all families in the local area with children aged 0-4. Services delivered By Barnardo’s on behalf of Brent Local Authority.
The purpose of our Children’s Centres is to support families of children from conception to 5 years to improve outcomes for the future by supporting the earliest years of a child’s life where there are opportunities to enhance their development. Centres promote outreach services to engage families in their communities rather than expect them to access buildings. Varied programmes and activities are offered that include working with partner agencies including Health Visiting, Midwifery, Citizen’s Advice Bureau Services and Speech and Language Therapists.
The vision for Barnardo’s Children’s Centres in Brent is to provide excellent support, guidance and services for all of our children and their families so they achieve their full potential. We want to ensure that their intervention has a positive and lasting impact on each and every family that they are in contact with, for better outcomes and to improve their life chances. 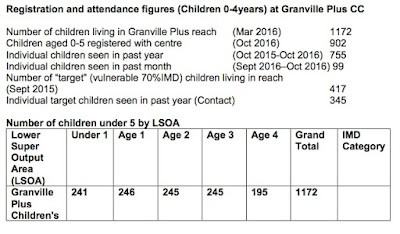 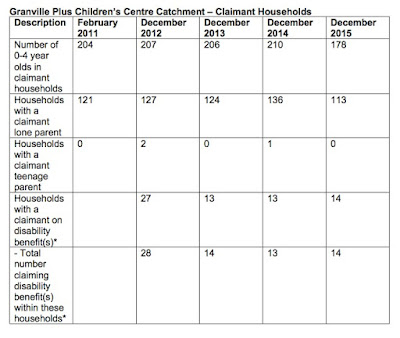 Background information on the Granville Kitchen and Otherwise Club

The Granville Kitchen and Otherwise Club occupy space within the Granville Centre. During the meeting the following was discussed in regards to the range of activities carried out by the two functions:
Providing free meals to those in need – they receive food donations from local retailers including the newly opened Mark and Spencer’s Simply Food in South Kilburn. This can be up to 150 meals at a time. Provide donated items for people to take freely such as clothes
Provide children’s activities Provide fitness activities Has a community garden where people can learn about food and where food used in the kitchen is grown Provide meeting space Provide access to computers
One of was that the space that they operate from was welcoming and that people felt comfortable to come into the space to have a meal.
the key points raised in regards to the Granville Kitchen and the meals it provides
Information provided directly by representative following the meeting:
The Otherwise Club has 50-60 families a year who are members since we started at the Granville Plus Centre in February 1993. We also have at least 2 families each month who just visit.
That amounts to more than 250 individuals using our services a year; as a family is made of at least 2 people and often up to 6 or 7. One long term member family has 9 people in it.
We are mostly self-funded but also receive some small grant and volunteer run. We are a registered charity for over 15 years (Charity number 1071831)
Last year we had 8 young people taking 20 GCSEs between them, with 90% passing with B or above. We have done numerous trips within the UK including an annual trip for 30 people to a farm outside of Glastonbury. We have taken groups of young people to Germany 4 times, Spain twice, France, 3 times, Italy 4 times and are planning a trip to Cuba in December 2016
We started Granville Community Kitchen over 2 years ago It is now serving 120-150 meals at our weekly free community dinner. We have regular film nights and dance nights with up to 30 people attending these evenings We serve lunch on Thursdays in term time serving 30-50 meals each week. The Kitchen ran a Summer Scheme in July -August 2016 with 85 children and young people attending mostly from the South Kilburn area We collect surplus food from the local Marks and Spencers since the day it opened and from M&S Kilburn for nearly a year. We also receive surplus food drops from food redistribution charity City Harvest London.
We are seeing our numbers increasing weekly, and expect these to rise further with the coming benefit cap.
The Granville Kitchen and Otherwise Club would want to stay on site.