Passionate statement on Trump from US Friends of the Earth: The environmental resistance will stand against Trump 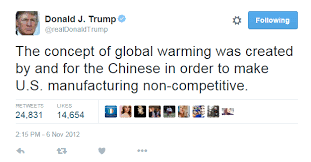 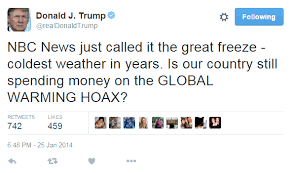 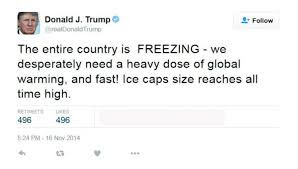 WASHINGTON, D.C. - President-elect Donald Trump threatens our environment and we vow to fight him every step of the way. Like Sen. Bernie Sanders, Trump tapped into a deep resentment about the governing establishment of both the Democratic and Republican Parties. He spoke using fear, suspicion, racism and hate to people who felt the government had left them behind.

The political establishment has ignored the fight for justice and the environment. But we reject the politics of fear utilized by Trump while recognizing that we must address the fundamental issues of equality, race and class that divide this country.

Some things have not changed: we are a nation divided and half of this country is determined to continue the progressive fights it started. The People’s Revolution, the Standing Rock Sioux, the Movement for Black Lives and Keep it in the Ground activists will not go gentle into the night. We will fight to protect our land, air, water and the people who depend on them for survival.

The next four years will not be easy, but we have fought hostile administrations before. Under President George W. Bush, the environmental community took the battle to the courts and Congress and watchdogged political appointees; we blocked attacks on the environment; we galvanized the public to take action. After the more recent fights to kill the Keystone XL pipeline, ban fracking and shut down coal plants, the environmental movement is stronger than we have ever been.

We will have to harness our new energy, join together, and use every strategy possible to fight against hate and greed and environmental destruction. While I wish we had a different fight before us, we must fight the one presented to us. The future of our country and planet depends it.

Email ThisBlogThis!Share to TwitterShare to FacebookShare to Pinterest
Labels: Donald Trump, environmental movement, Friends of the Earth, pipeline, president, US