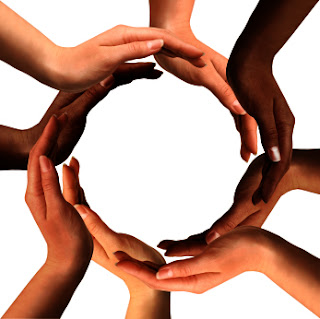 Hank Roberts, a long-time exponent of the need for one education union and Organising Secretary of  UNIFY has issued the following statement ahead the special conferences of the ATL and NUT to be held on Saturday. The conferences will decide whether to ballot members on proposals to merge the two unions.

Special conferences of the ATL and NUT will be held in London on November 5th. It will be an historic day for the education unions. Prediction is fraught with dangers but may I be so bold as to predict that both unions will have an overwhelming majority for going forward to a ballot of their respective memberships. Further I have no doubt that the respective memberships will return a yes vote in their ballots. Opinion polls over the years have repeatedly shown a majority in favour of uniting the unions. And why wouldn’t they? Our experience shows we have suffered because of our division in the face of ruthless government attacks on education.

The question is why has it taken this long to break the logjam? I and others in 1996 set up a cross union body campaigning for professional unity. We called it Professional Unity 2000 in the somewhat optimistic belief that it was such a self-evidently good idea we would be able to achieve it by the year 2000.

In the event it has taken us 20 years and we detailed some of the history and events surrounding this in our 20th anniversary issue of our magazine UNIFY which was handed out at this year’s annual education union conferences.

Our immediate task is to win the ballots by the biggest majority possible and, immediately the ink is dry on our agreement, for the new union to take our great cause to the rest of our colleagues in the other education unions. The new union, the National Education Union, will have 500,000 members and be the fourth largest union in the TUC. But a union of all of us working in education would be over 1 million. A mighty force to be reckoned with. It would not be a magic solution to all our problems, but it would make a major difference to getting the Government to take our voice seriously.

The other education unions need to reflect on the results of this and why it happened, in particular the NASUWT. My challenge to Chris Keates, NASUWT General Secretary is; you say the majority of your NASUWT members don’t believe in and don’t want a single united education union. In that case prove it. Commission an independent opinion poll of your members.

If they back your stance you can legitimately continue with NASUWT as a separate union with you as its head. If they don’t, start informal talks towards building unity further. The education barbarians are not just at the gates, they are in the stockades. We need to unite to have any chance of saving state education, and to build a future education system worthy of our children.

And very much in line with 'strength in unity' is this Mike McNabb 'Social Policy' blog post for Community Care magazine almost five years ago, when Michael Gove was Education Secretary: Strike: An inconvenient truth for Michael Gove. Pictured with Michael Gove in that article is a Costa take away cup; that reminds me of the background given to a 'please tip generously' notice at a different coffee place: "My mum thinks I'm a barrister."

The above-cited 'Social Policy' blog by Mike McNabb for Community Care magazine was posted on 29 November 2011. On 1 December 2011 he published his 'last post' for that blog. The last post: Thank you and goodbye from Outside Left.

Community Care's 'Social Policy Blog' was billed as 'Outside Left: Weighing into the social policy debate', as the blog's index page states. Scanning the contents of that index page for just the month leading up to that 'last post' contrasts with the standpoint of councils as advertisers, as cited at Wembley Matters blog post Brent Council hails commercialisation and technological innovation as its potholes multiply.

Pressure has clearly worked on the company now known as RELX.
Alan Wheatley