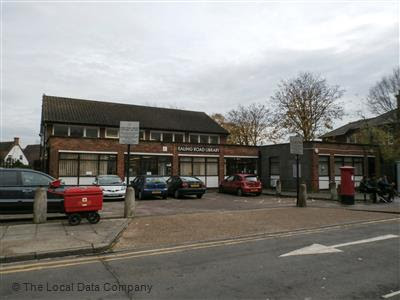 Brent Council has responded to residents' complaints about the lack of consultation on the plans for the Ealing Road Library site. LINK

They have put up a second site notice which they claim should be more visible to passers by and a set of plans have been left in the library.

The planning application is due to go to the Planning Committee on December 14th and the Council have said that comments receievd up tp the day before the meeting will be taken int account when the decision is made.  The Council say that this gives more than 21 days for people to comment but advise that comments should be submitted as early as possible.

Furthermore they say that, within the normal rules, members iof the public can apply to speak at the Planning Committee meeting.

A resident has responded,


Thank you for confirming this though I believe Brent Council have a ‘duty of care’ to properly and fairly consult local residents so I’m afraid I do not think your response is really acceptable.

Can you please confirm that you will be altering the planning notice(s) to advise that comments can be made up until 13th December with the name and address of who residents can write to in Brent Council’s Planning Department if they do not have internet access?

Can you please confirm that you will be fully publicising this planning application to local residents by leafleting all houses in the roads surrounding Ealing Road Library (Ealing Road, Lyon Park Avenue, The Close, Union Road, Park Road, Copland Road, Station Grove, Montrose Crescent, Chaplin Road, Swinderby Road, Ranelagh Road) with the relevant information and confirming in those leaflets that residents can view plans at Ealing Road Library and that they have until 13th December to comment, again with the name and address of who they should write to in Brent Council’s Planning Department if they do not have internet access?

This is a major alteration to our area and we deserve to be properly consulted and with full details of how to respond - some properties in Park Road, Lyon Park Avenue and Union Road back onto the library/or are adjacent to the side boundary of the library and will potentially be most affected by noise pollution from a ‘performance space’ or an ‘outdoor cinema’ yet they have not received letters re the consultation for this development.

Any development of the Ealing Road Library space should have been drawn up in full conjunction with neighbouring residents before detailed planning applications were submitted.   The Brent Council planning department used to advise that you talked to your neighbours before applying for any planning permission to try and iron out any issues/disagreements beforehand yet local council tax-paying residents have heard nothing from their council re this matter.

So that we can fully consider the pros and cons of this planning application can you please advise what exact plans have been drafted by Brent Council for easing traffic congestion in Ealing Road, which is usually grid locked both ways at the weekend, and where all the extra visitors you want to attract to Ealing Road going to park?  Shoppers coming to buy in bulk, buy gold or buy expensive clothing will want to come by car, they will not want to come by bus or train, yet the larger Montrose Crescent Car Park is being closed to build flats and you plan to close the small Ealing Road library car park and also remove around 10 parking bays from the street/slip road outside the library?

Whether residents are in favour or against this plan a proper consultation needs to be carried out and further information re the traffic issues and parking problems needs to be supplied.