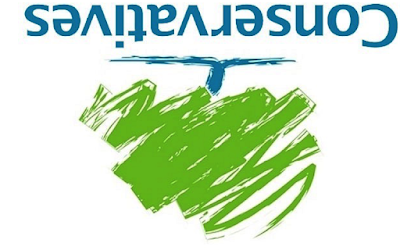 No, I am not remotely sympathetic to the Tory party.

However, I do believe that with 56 of Brent's 63 councillors being Labour we need an effective opposition to provide proper scrutiny of council policy and in particular its multi-million budget. Instead we have 6 Tories who currently have split into two opposing groups and an ineffective lone Lib Dem.

The Kilburn Times LINK reported this week on a claim by Brondesbury Park Tory John Warren that the three Kenton Tories have been de-selected and then followed that up with a claim by Warren's colleague, Joel Davidson, LINK that Warren had publicly sabotaged a deal that could have seen the two Tory groups come together again.

Brent CEO Carolyn Downs  recently warned the Labout Group at an awayday that their internal squabbles were making it very difficult for Council officers to work effectively and there are reports that even within the Cabinet two camps are developing.

Disagreements are inevitable and a little 'creative tension' over policy can be beneficial but disputes in both camps seem to be more about personalities than policy - Brent residents deserve better.

Cllr Davidson said: “We appealed to the Conservative Party as a way of resolving the dispute. They arranged the AGM and invited all Conservatives to attend to form a group. They made it very clear on the invitation that anyone who did not attend would not be considered to be a candidate for the next elections. It was extremely clear.
http://www.kilburntimes.co.uk/news/politics/second_fall_out_between_conservative_councillors_in_brent_1_4075089

Just to set the record straight this is what Cllr Kansagra said about Cllr Davidson, Cllr John Warren, Cllr Carol Shaw back in May 2015“We do not recognise them as Conservative Party members,” as reported by Kilburn Times
http://www.kilburntimes.co.uk/news/politics/second_fall_out_between_conservative_councillors_in_brent_1_4075089

Martin Conservative Party in Brent is playing its role, Kenton ward Councillors were picked by Cllr Butt as official opposition, can you please give me one example when they played their role as an opposition. They are seen as an extended part of Labour party by Brent residents.

Very interesting: Cllr Colwill and Cllr Kansagra refused to confirm or deny they had been deselected.

Cllr Colwill said: “We are not going to be bullied, not by Conservative officers, nor by Cllr Warren. The party cannot stop us from being a councillor. If they lose us they will lose seats. We have done nothing wrong.

“The party has done nothing to protect us. We did nothing to them. They (Brondesbury Park) left the party, we didn’t.

“The party will have to explain to the public and to the councillors exactly how they treated us and I’ll go from there and I’ll take my residents with me.”

Cllr Kansagra said: “We have made a complaint against officers.

“They are favouring the other group.

“We are innocent and we have been loyal agents for 18 years.

What Cllr Kansagra is not telling his constituents and voters that their (Kenton Cllrs) appeal has been dismissed by the Conservative Party
earlier this month and they have been notified in writing that they can't stand at the next elections as an official Conservative Party candidate.

Just to refresh the memory of Cllr Joel Davidson

Oh My God look what I found on Hampstead & Kilburn Consesrvative website.

Leader of the Conservative Group on Brent Council

I was previously a councillor for 11 years representing the old Chamberlayne Ward, so much of which is in the new Brondesbury Park Ward. Roads such as Hanover, Mount Pleasant, Hardinge together with All Souls and the Dobree Estate are all areas I know well!

During my time as a councillor I was Deputy Leader of Brent Council for 3 years, as well as being in charge of Social Services and then Education.

Correction: please read complaint against officers was dismissed by the Conservative Party Headquarters.

From the comments above, it looks as if Brent's Conservatives are continuing their war of words on Wembley Matters!

As someone who is not a member or supporter of any political party, can I offer them some words of my own:-
Please, please stop this in-fighting, and unite to provide at least a vocal, if not very powerful, opposition to the Cllr. Butt run Labour administration at Brent Council. They are your real "enemy", and local residents need you to try to hold them to account. Thank you.

Philip Grant They are/were fighting for their allowances NOT for Brent residents who pay their allowances.
"Originally it (the party fallout) was about money, it was about allowances and that was a problem. Now we have the allowances we should be one group". Cllr Davidson as reported by Kilburn Times

Which one will get the qualifications collection?

“Originally it [the party fallout] was about money, it was about allowances and that was a problem.

“Now we have the allowances we should be one group.”