School staff strike over allegations of bullying by management 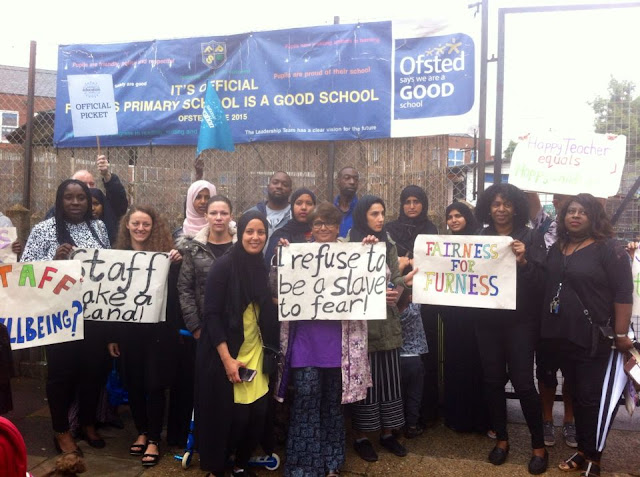 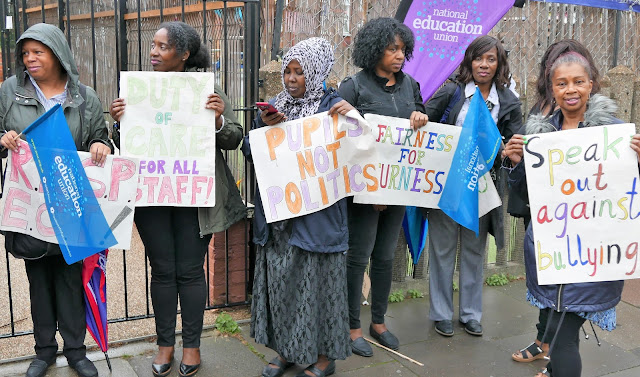 Staff at Furness Primary School, Harlesden, went on strike this morning in protest against alleged bullying of staff by management.

The school is part of a Multi-Academy Trust (MAT) with Oakington Manor Primary School.

The Trust claimed to have set up an independent investigation as requested by the NEU but the union decided to continue the strike until they knew who was going to carry out the investigation.  It is usual in such cases to ensure that both sides in a dispute have confidence in the independence of the investigator.

In a similar case at Sudbury Primary School, also an academy, the NUT organised a series of strikes LINK and a settlement was reached when the headteacher left. Brent Council has no immediate intervention rights but does have an overall responsibility for the safeguarding and wellbeing of every child in the borough. The Regional Schoools Commissioner and the Department for Education could intervene if they have concerns about the school or are approached by parents.
Posted by Martin Francis at 15:31:00