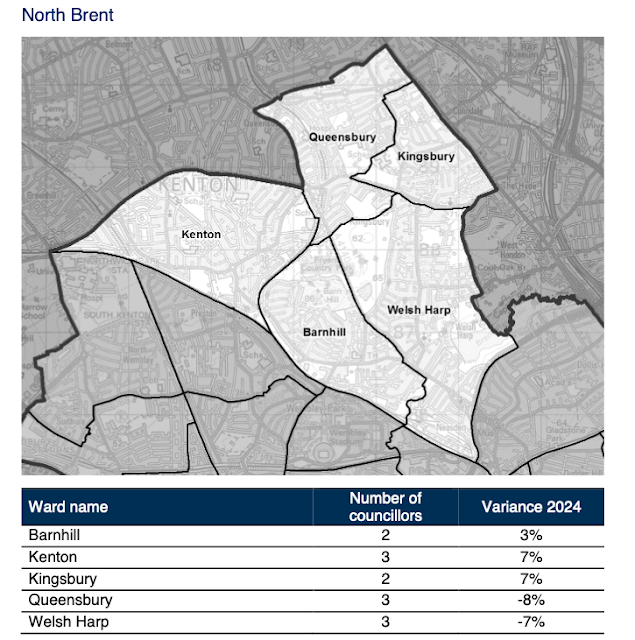 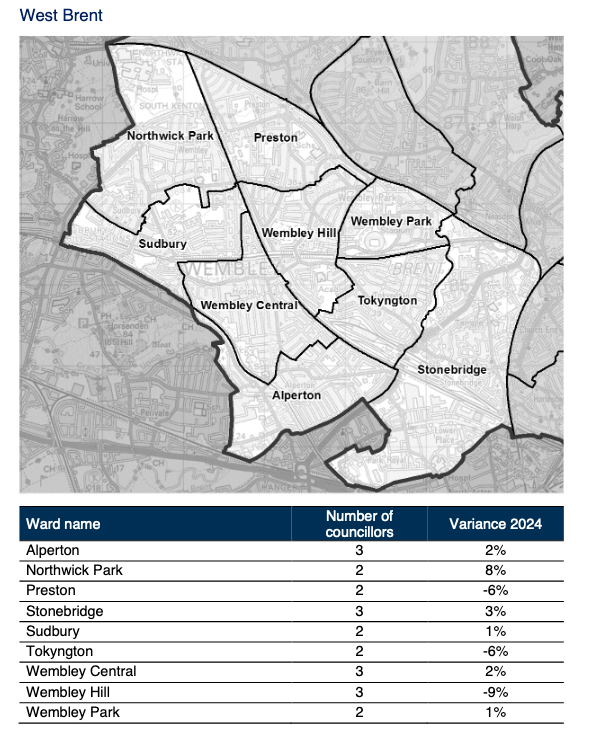 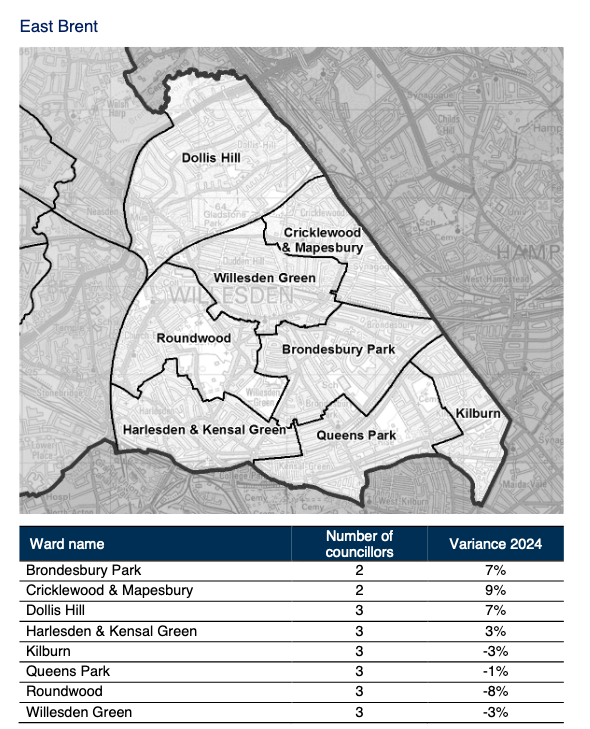 The independent Local Government Boundary Commission for England has published its final recommendations for new electoral arrangements for Brent Council.

All but one of Brent’s current council wards will change as a result of the review.

Professor Colin Mellors, Chair of the Commission, said, “We are extremely grateful to people across Brent who took part in the review. The Commission has looked at all the evidence that was put forward during the consultation.


“We believe these recommendations deliver electoral fairness for voters as well as reflecting community ties.”

In response to local feedback during public consultation, the Commission has made changes to some of the proposals it published in February 2019.

In east Brent, the Commission had proposed to name one of the new wards Kensal Green East & Kensal Rise. Local people argued that Queens Park would be a better name for the ward and the Commission has made the change as part of its final proposals.

The Commission has also decided to amend the boundary it proposed between Willesden Green ward and Roundwood ward as local people and organisations argued that it divided Willesden town centre between wards. The Commission believes its new proposed boundary is a better reflection of communities around Willesden High Road.

In a similar way, the Commission has changed its draft recommendations so that the Roundwood estate will not be divided between wards as previously put forward and will be entirely contained in Harlesden & Kensal Green ward.

Following local feedback on its draft plans, the Commission has also decided that its proposed Preston North ward should be renamed Preston and that Preston South & Wembley Hill ward be renamed Wembley Hill. This is on the basis of the evidence received that argued that these names were more reflective of local communities.

The Commission has made further minor amendments to the wards it originally proposed after listening to local feedback. The changes, and the full recommendations, are available on the Commission’s website.

The proposed new arrangements must now be implemented by Parliament. A draft Order – the legal document which brings into force the recommendations – will be laid in Parliament in the coming months. The draft Order provides for the new electoral arrangements to come into force at the council elections in 2022.