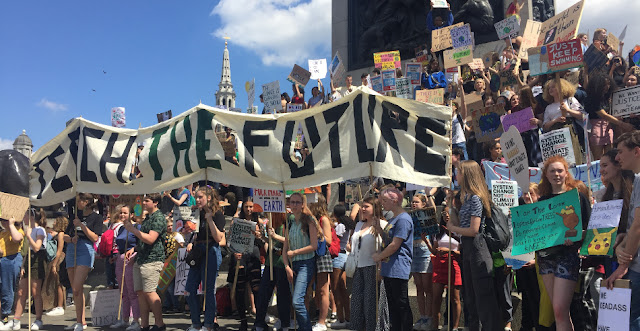 The Green Party has expressed its support for the University and College Union (UCU) motion to the Trade Union Congress (TUC) annual conference calling on affiliated unions, student unions at colleges and universities and politicians and community groups, to support the call for a 30-minute workday stoppage in solidarity with the global school student strike on 20th September.


The Green Party has been proud to support the climate strikes, and we’re proud to be the first party to formally support UCU’s call for a stoppage of work in solidarity with the general climate strike this September.

We call on all individuals, workplaces, companies and institutions to support this call, and stand in solidarity with climate strikers everywhere.

It’s amazing to see the teachers at UCU pick up the torch from their students, and take it straight to the core of the union movement. Workers are at the heart of the solution to the climate emergency.

When we transition to a zero-carbon economy in the decades ahead, we’ll put the whole country to work. A Green New Deal would unlock billions of pounds of investment in this transition, ensuring a good, green unionised job for everyone who wants one.

With workers standing with school strikers and activists, we can win a fairer world and a safer climate.

The Unions are both declaring support for the Youth Climate Change protests and strikes and are now taking a motion to the 5.6 million strong Trade Union Congress (TUC) asking for solidarity action on the day of the next Global Strike on the 20th September 2019.

Ordinary people, including workers are the ones who will be most impacted by Climate Change and we need to take action to defend ourselves.'

The motion is a call for workers to show support in a work stoppage for 30 minutes on the day as well as other actions.