Guest post by Philip Grant
It’s not often that you get invited to a 125th birthday party, but that is what is happening on Thursday 18th July, a century and a quarter to the day from the opening of Willesden Green Library in 1894. 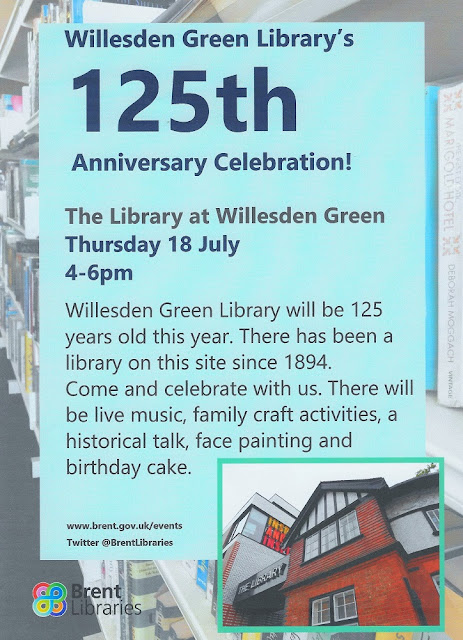 Live music; in a library!? Well, that’s just what happened on the evening of 18th July 1894. The choice of music may be different now, but this was the concert programme then: 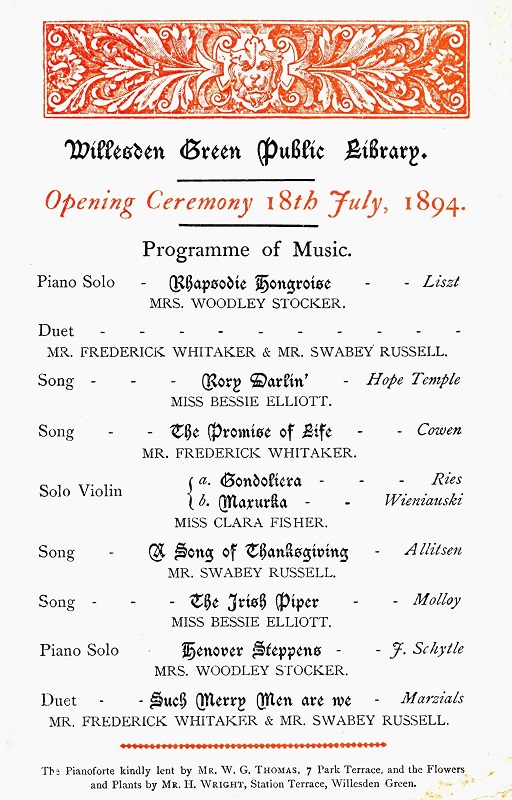 Public libraries were something new in Victorian times, and local Councils had to get special approval from their ratepayers before they could raise an extra penny in the pound to be spent on providing them. There was quite a battle in the correspondence column of the “Willesden Chronicle” over the issue in February 1891.

An anonymous letter, headed “Proposed Pauper Libraries for Willesden Parish”, gave some of the arguments against:

‘Acquiring a taste to waste time reading foolish and frivolous literature may be less bad than acquiring a taste for some habits of a more actively vicious description. Nevertheless it is very much the reverse of desirable.’  … and:
‘It should be remembered that desirable residents are apt to select a parish, and become ratepayers, because the rates are low compared with those of other parishes, and not because the parish luxuriates in a free library at the expense of the ratepayers.’

A local vicar, and Chairman of the Willesden School Board, replied:

‘It is easy to nickname these places “Pauper Libraries”, but they are no more pauper than our public parks, or our street gas, or the public promenades at seaside resorts.’
… and:
‘People must have recreation, and a certain degree of excitement. If they do not take it out in poetry and fiction, they will have it in drinking and gambling.’

W.B. Luke, a local councillor and leading campaigner for a “Yes” vote in the poll, wrote:
‘The time has come for a recognition of the higher duty, to humanise and elevate the thousands who throng our tenement dwellings, and to make intelligent citizens of the children who leave the elementary schools only to graduate in the university of the gutter.’

Education*, and helping the large proportion of the local community who were in the working class to better themselves, through access to reading material they could not afford to buy for themselves and their families, was a key aim of free public libraries. The ratepayers of Willesden voted by 2,257 to 1,070 in favour of paying more rates to provide one for each of the three main districts of Harlesden, Kilburn and Willesden Green.

*[It should be remembered that free elementary education for all children had only been introduced as recently as the 1870 Education Act. The “Board Schools” only provided a basic education, often described as “The Three R’s” – Reading, Riting and Rithmetic (perhaps spelling wasn’t on the curriculum, because it didn’t begin with an “R”!)] 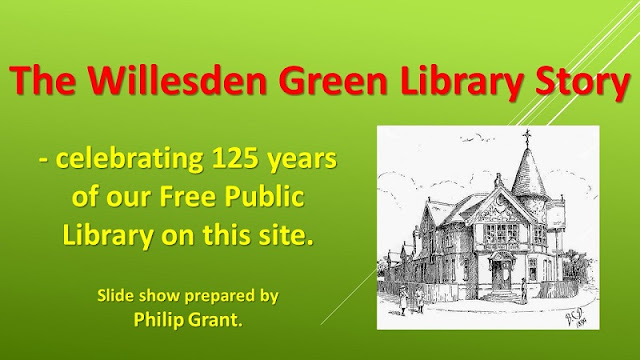 The origin of our free public libraries is part of an illustrated local history talk (from 5pm) which forms part of the 125th anniversary programme. It then goes on to cover developments through the whole 125 years, including some more battles along the way. I have prepared the powerpoint slide show, although I will not actually be able to present it on 18th July (it will be in the capable hands of a friend from Brent Museum & Archives).

So how did I, a “Wembley” local historian, get involved with the history of Willesden Green Library? It all began when I was asked to take part in a focus group in February 2011, as a user of the Museum & Archives, about the future of the then Willesden Green Library Centre. Brent’s Regeneration Department were putting forward “options” for dealing with what they considered to be a sub-standard building, and rather than repair or refurbishment, their preferred option was to get a private developer to build a new Brent Council "hub", including a library, on the site. Everyone in our group (and, I discovered later, in a second group of library users) said that if this option was the one chosen, the remaining part of the 1894 building should be retained as part of the new library.

Many of you will remember the battle that took place in 2012 and early 2013, after our views on retaining the Victorian building were ignored. If you weren’t around at the time, you will find plenty of articles about it in the “Wembley Matters” archive for those years! I researched the history of the library as part of making the heritage case for retaining the 1894 frontage, which Brent and its development partner wanted to demolish. A great community effort achieved that in the end, and today’s “The Library at Willesden Green” includes the original library’s face on the High Road. 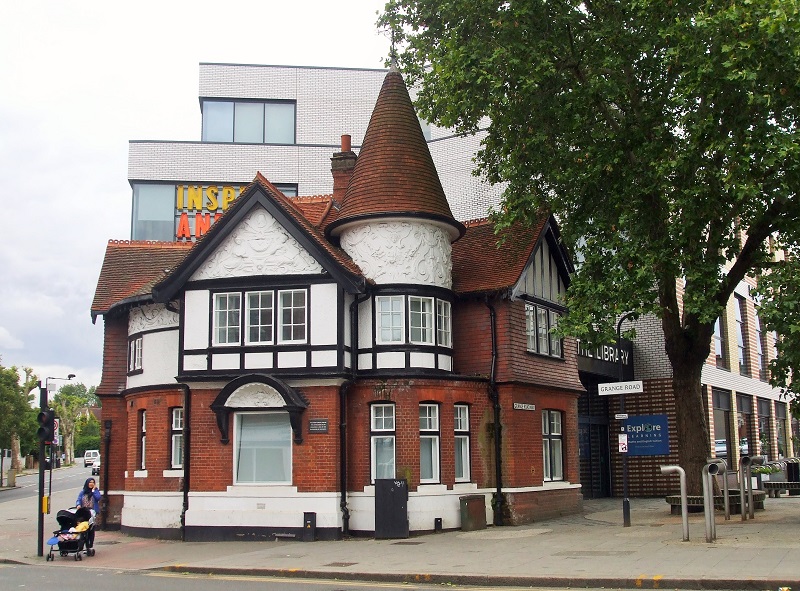 Luckily, I still had my research material available when plans for the 125th anniversary were being drawn up a few months ago. If you can’t get to the talk, “The Willesden Green Library Story” will soon be available to read or download from the Brent Archives website, at: LINK  Just click on the “local history articles” link from the home page to find a varied menu of illustrated local history material.

Things may have changed since Victorian times, but I believe our free public libraries are still something to be valued, used and supported. I’m confident that many “Wembley Matters” readers will agree with that.
Philip Grant.
Posted by Martin Francis at 21:33:00

An illustrated article, "The Willesden Green Library Story", is now available to read or download (for free!) at: