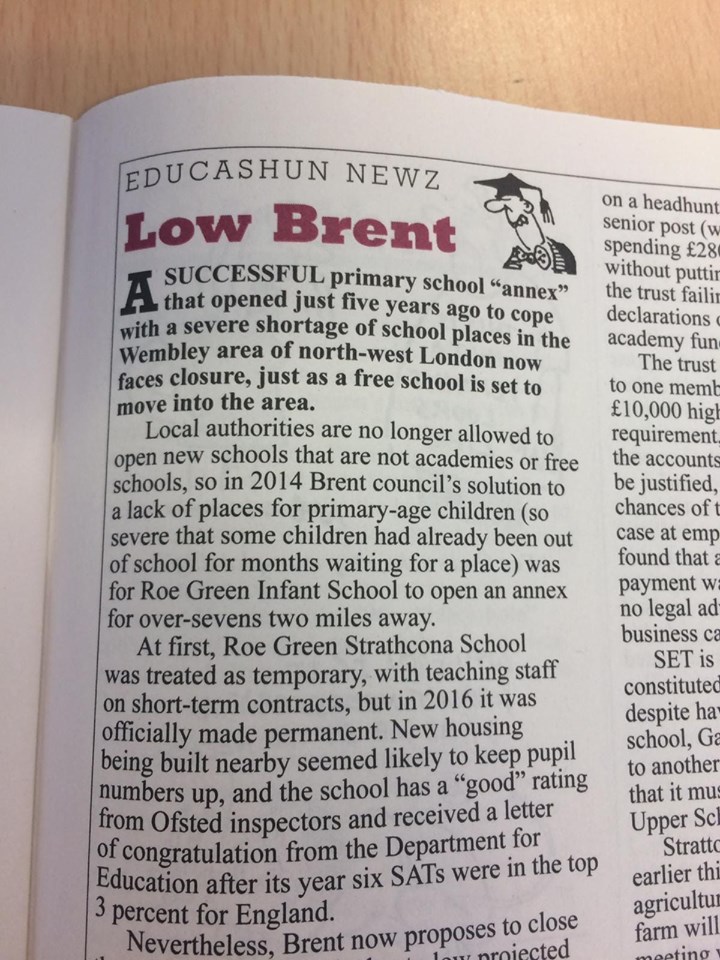 NEU members at Roe Green Strathcona will take a second day of strike action next Wednesday 10th July in defence of their school. Brent Council did not listen to the 490 (99.4%) responders who said No in Brent’s first informal ‘consultation’ on the proposal to close Strathcona. They have now issued statutory notices. The NEU members have submitted detailed proposals for additional educational uses for the site - such as much needed places for autistic children- but are not confident they will be listened to.

Cllr Muhammed Butt, Leader of Brent Council was asked what sort of response would be needed to make the council change its mind - he said “It's not about numbers or percentages” - indicating that however many constituents say no to closure, be it 500 or 5000, with even 100% objecting, it won’t make any difference. He also refused to guarantee that staff would not lose their jobs.  The same staff who bent over backwards in 2014 to help him find places for primary aged children. Brent has now opened its second ‘consultation’ which closes on 24th July.

Lesley Gouldbourne, Brent NEU Secretary, said “What sort of consultation is it when the numbers saying no don't count for anything? This consultation is a CONsultation.”
Posted by Martin Francis at 08:54:00