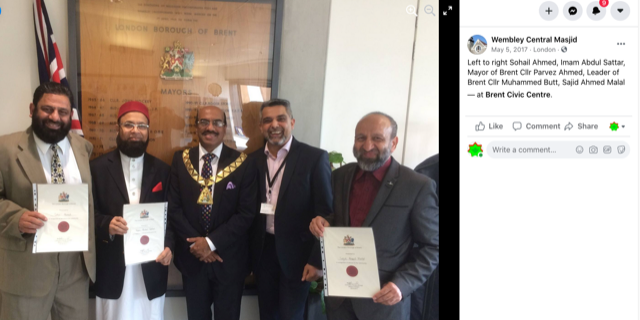 Employment Judge Nebeau of the Employment Tribunals last month issued his Reserved Judgment in the case of Imam Abdul Sattar versus Wembley Central Mosque. Sattar was claiming unfair dismissal. The Judgment stated: 'The unfair dismissal claim is not well founded and is dismissed.'

The Judge said that although the case was about Sattar's dismissal the evidence showed tht there was in existence a fissure that became apparent three years prior to the claimant's dismissal.

The Mosque was closed for three weeks early last year over the dispute between the Mosque Committee and worshipper allies of Imam Abdul Sattar. LINK 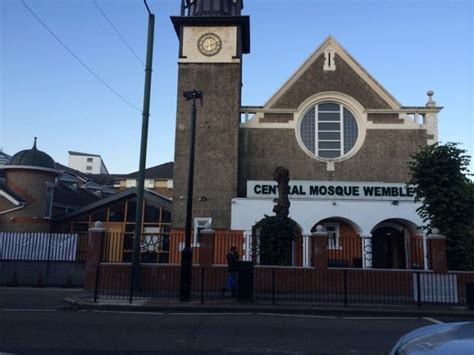 More than 600 pages of documents were considerd by the telephone hearing last Autumn and the Judgment itself is 39 pages long.

Among the issues covered perhaps the most important was that of Speakers' engagement,  and risk assessments of speakers about which the Charity Commission had expressed concern.

Other issues considered including the issue and stamping of Nikah (Muslim marriage) certificates and Nikah fees,  selling of CDs at the Mosque, leafleting protests inside and outside the Mosque, unauthorised access to the Imam's office and the role of the religious sect Tablighi Jamaat. LINK

The Judgment gives an account of the attempt by the Imam of the Monks Park Mosque to mediate.

It must be borne in mind that the situation in 2018 and 2019 was getting beyond control. There were regular protests outside of the Masjid involving the police. The Masjid was split between those who followed the claimant and those who supported management committee. Based on the evidence before me there was also a serious breakdown in the employee employer relationship which seemed to be irretrievable. Under those circumstances, it is difficult to see a way forward as attempts at trying to resolve matters informally had been rejected. At the end of the day management committee had to manage the Masjid. Even if the three reasons found at the appeal stage in support of the claimant’s dismissal, did not apply, the apparent irretrievable breakdown in the relationship between the claimant and the management committee, would inevitably have necessitated the claimant’s dismissal.

Accordingly, I have come to the that the claimant’s unfair dismissal claim is not well-founded and is dismissed. Any hearing listed remedy is hereby vacated.

The full Judgment can be read HERE