UPDATE: A Brent Council source has said that the stripping below is for the installation of Hostile Vehicle Mitigation measures and not due to the state of the road. There is no word on whether the reinstated surface will be block paving or tarmac.

When Brent Council's £100m Civic Centre was built it was decided that a building of such distinction required an equally distinctive road surface so £852,000 was spent on block paving. Given that it was a route for heavy construction lorries it soon deteriorated although Brent Council also blamed severe weather. 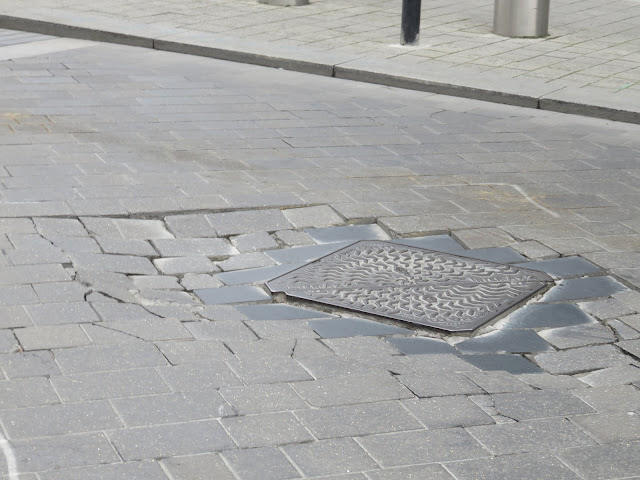 Further money has been spent on ongoing repairs but observers have now seen that a section of Engineers Way outside the Civic Centre  has been stripped: 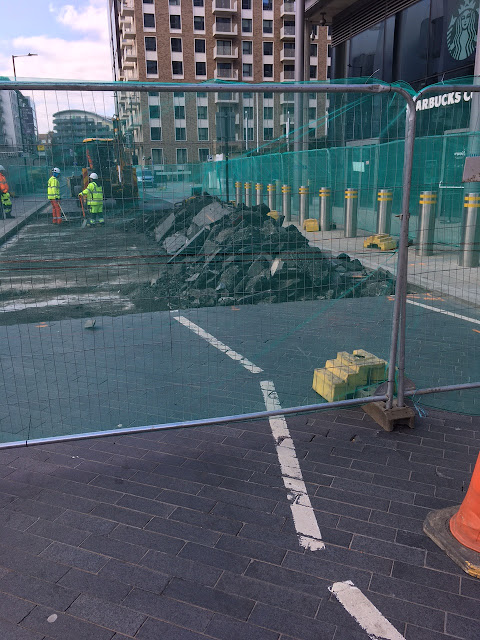 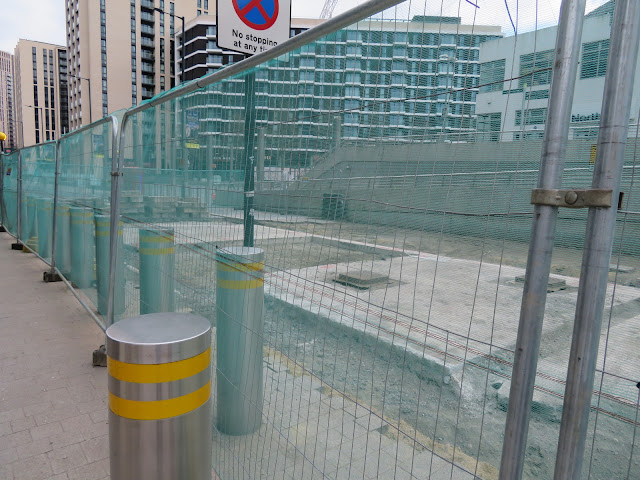 Former Brent Liberal Democrat leader Paul Lorber, has written to the Council to ask if the road is going to replaced  by asphalt as in other parts of the borough and why similar remedial action cannot be taken at Station Approach in Sudbury.

It looked yesterday from the stack of blocks visible on the site as if the block paving is going to be replaced. I think we need to know the additional costs involved.

Meanwhile with Engineers Way closed while work continues on the controversial , Fulton Road is the main access road to the stadium area. Residents of the new build have been complaining about the traffic jams caused by huge trucks accessing building sites with considerable difficulty and the damage caused when they have to mount the pavements. 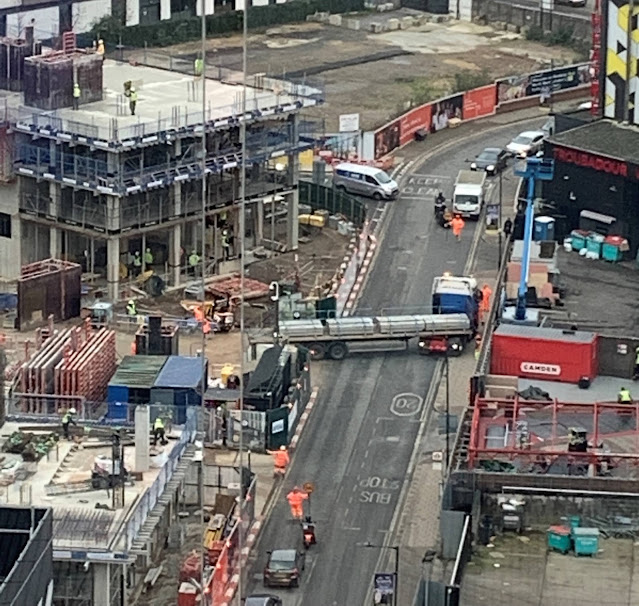 At the other end of Olympic Way work is continuing on the linking of North End Road to Bridge Road with considerable incovenience to pedestrians. An initial justification given for the link was that  buses could use North End Road as a detour on event days and maintain a better bus service to residents. The 206 to the Paddocks was curtailed on event days. It now appears that there may have to be a weight limit on the new link which might affect these plans.

and this from a Council that cuts services and makes staff redundant!!!

how many good reasons can you think of why hostile vehicles would want to attack Brent Civic Centre???