Top licensing KC wins new hearing for Review of Aura Bar and Restaurant's licence. 3,681 sign petition to close The Aura. Premises have 'safety concerns' over threats made against them. 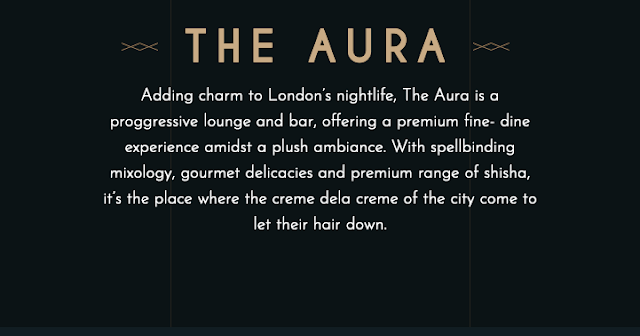 The Licensing and Entertainment Sub-Committee of Brent Council is not a committee that usually attracts attention, but today's hearing was an exception. The agenda was an application by the police for a 'Fully Expedited Review' of the Premises Licence for the Aura lounge and bar in Harrow Road, Sudbury.

This followed serious crime and disorder involving fighting on the 30th of October 2022 when a male lost his life. There was a report from the Metropolitan Police and Brent Licensing Officer. Residents and local ward councillors supplied evidence with a 259-signature petition opposing the licence and letters in support of the premises had also been received.

In fact, Sudbury ward councillor and Sudbury resident Paul Lorber said in his introductory remarks that this petition had been started by the family and there was also an on-line petition with more than 2,000 signatures (actually 3,681 today Nov 29th LINK).

It became clear when. in the introductions we heard that a KC, Philip Colvin, was representing the premises, that this was no ordinary hearing.  The website 11KBW describes Colvin:

Philip is one of the country’s most eminent licensing KCs. His practice spans all fields of licensing, including alcohol and entertainment, gambling, sexual entertainment, taxis, sport, and the security industry. He acts across the board for national and independent operators, national regulators, local authorities and local residents and community groups.

He has been ranked in the top tier for licensing in the Legal 500 and Chambers directories for many years.  As one client put it, “There isn’t anyone who comes close to his stature” (Legal 500 2020)

He is Patron of the Institute of Licensing, the professional body for licensing practitioners, a board member of the Sports Grounds Safety Authority and an Associate Fellow of Westminster University’s Centre for Law, Society and Popular Culture. He is also a Recorder of the Crown Court, sitting as a Judge in jury trials in the Crown Court on a part-time basis.

Dickon Edwards, Legal Adviser to Brent Council made a statement before any evidence was presented.  He said that the Sub-Committee had received representations both from the police and the premises that the review hearing should be held in private. He said, the police are understandably concerned that there is a risk that an ongoing serious investigation might be compromised, or all their evidence be disclosed in a public forum. The premises have safety concerns in the context of a number of threats that have been made recently against them.'

The live feed was suspended while the Sub-Committee met privately and when it resumed it was clear that Philip Colvin had done his work.

The Sub-Committee has considered an application made by Mr Colvin, KC, on behalf of the premises to adjourn this review hearing and it to be heard before a reconstructed Sub-Committee, on the basis that Sub-Committee has demonstrated an apparent bias in their conduct of the hearing. They were reminded of the test for establishing bias within the case of Porter-Mcgill LINK [The Westminster Council, Shirley Porter council house sales case], that is to say whether a fair-minded and informed observer, having considered the facts would conclude that there was a real possibility of bias.

Without accepting that there is, or was, any bias within the Sub-Committee or any individual members, for or against any of the parties, the Sub-Committee has determined that it is in the public interest for the hearing to be adjourned to be reheard before a differently constituted panel to ensure that any decision that is reached in due course cannot be subject to any such doubts or concerns.

The council committees are bias in every meeting they have. QCs would have a field day in each one