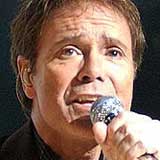 The planning application by a group of Norwegian fans to have a 2 metre high statue of Cliff Richard erected in Arena Square has been withdrawn. LINK

Only one objection had been received which read:


Objection: Why do we need a statue to Cliff Richard in Wembley? What connection does he have with Wembley or Brent? The applicant doesn't even live in Brent, but Norway. If the Council really wish to erect a statue to someone who has contributed locally, then they could do far worse than erect a statue to the late Jayaben Desai, the most prominent of the Grunwick strikers who has had little recognition.

There were emotional scenes at Brent Town Hall when the news was released. Many Brent Council workers had looked forward to gazing at a two metre high bronze Cliff smouldering  in the Wembley sunshine as they  lunched on the Civic Centre steps.
Posted by Martin Francis at 08:47:00

The reason that a statue of Sir Cliff Richard was to be erected was because he has performed at Wembley Arena more times that any other artist.