The Trustees of the Friends of Kensal Rise Library  have written to the Warden and Fellows of  All Souls College LINK asking them not to proceed with the sale of the library building to property developers.

The Trustees set out in detail why they think they have been  'misled by the College, and in particular
the Bursar, Mr. Thomas Seaman', as to the College's intentions in relation to Kensal Rise Library'.

They set out the inadequacy of the proposal to charge the Friends of Kensal Rise a market rent for a much reduced space. They descibe as 'cavalier' the Bursar's statement that if FKRL did not want to run the library the College would find someone else who would. 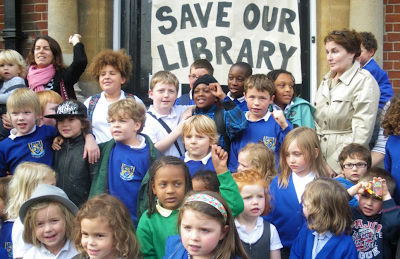 They go on to say:


While the College is not responsible for the folly of the Brent Council officers and councillors who caused the library to be returned to the College, we had hoped for a resolution that would advance our mutual charitable purposes in a more meaningful and sustainable manner.

Moreover, we represent a larger community that sees the College’s current proposal as nothing short of a breach of faith with this relatively poor area of north-west London, from which it has already profited handsomely. Although the College donated the land, the library building from which the College and Mr Gillick (the developer) now seek to profit was not paid for by the College, but by public subscription and a donation from Andrew Carnegie, the philanthropist.

Trust Me People Of Kensal Rise if you Think this is the only case of being mislead by the authorities you will be shocked to find out that what has happened in this case is business as usual...we have been lied to and mislead so much it is a wonder anyone isn't walking around each day in complete ignorance.