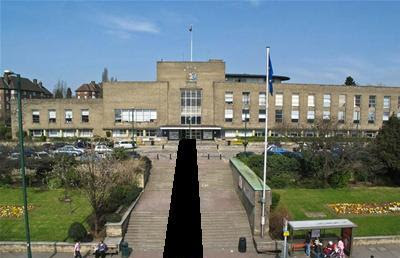 It is likely to be a busy and rather tense weekend in Brent Labour circles as final figures are totted up to see whether a potential plan to topple Muhammed Butt has enough support.

Action now would enable a new leader to take over before the final decisions are made on the 2013-14 budget with controversies remaining over the level of Council Tax, the London Living Wage and departmental budgets.

As I write it seems that the threat to Butt's has diminished slightly over the last few days but the arithmetic is very tight. He defeated Ann John by only one vote last May so in theory it only requires one vote to switch.

Rather than a left/right division it appears that this is almost a generation split with reports that the move has been spearheaded by a senior councillor and ex-member of the Executive who had a reputation as a left-winger in the 1980s.

During his period in office Muhammed Butt has promoted younger councillors such as Krupesh Hirani and Michael Pavey and built up a team of younger supporters whilst at the same time retaining the support of some Labour heavyweights.

As Brent Town Hall witnesses the last of its dramas (or will it all fizzle out?) the new Civic Centre awaits the triumphant entrance of the Leader.

Meanwhile the battle for the Labour nomination for parliamentary candidate for Brent Central is hotting up with up to six names in the hat according to reliable sources.  Cllrs Val Kalwala, Choudry and Mashari have all been mentioned. The latter would benefit if Labour decides on an all-woman short-list and she would be pitted against Dawn Butler.
Posted by Martin Francis at 10:55:00

What determines if it is an all-women shortlist?

Is that a central decision or a local one?

Labour's NEC decides as I understand it, sanctioned by the Sex Discrimination (Election candidates) Act of 2002.

Political correctness rules endorsed by labour HQ and it's looking like Brent has been selected to suffer the indignity of not even being able to choose its own candidate, very left wing.