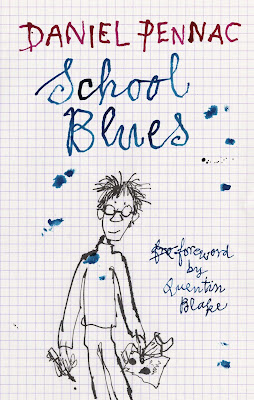 Copland Community School's summer term ended on a rather depressing note yesterday despite the news that the school may get money for a rebuild. We are no longer surprised when money suddenly becomes available when a school converts to academy status- all part of Michael Gove's agenda of carrot and stick (bribery and bullying).

A whistle blower commenting on the rebuild money on the Kilburn Times website:


Excellent news for students, parents and staff that a new school is to be built. However, builders can only build a school in the bricks and mortar sense. Anyone present at the final staff assembly today, when up to 60 staff left, would be aware that the pair of wrecking balls who have just taken over management of Copland will have to develop skills of a rather less agricultural nature if they are ever to hope to build a school in the sense of a community of shared interests working in an atmosphere of trust and support towards a shared educational end. Significantly, the new head and his assistant absented themselves from today's goodbyes.

Earlier I had been sent a message that put Cllr Michael Pavey's report of a 'refreshing and uplifting meeting with parents at Copland tonight. They want change for their kids: better teaching and better results' into context.

Of course any group of parents would want the latter, and why not. As the message said:


Must be new regime fans then because everyone else wants worse teaching and increasingly terrible results, of course. Obviously everyone wants the same thing: the question is whether alienating the entire staff indiscriminately, acting on the tittle-tattle and prejudices of the  outgoing failed management, shedding 40 odd teachers and not replacing them, etc etc is the way to achieve this. Reality is, eg, Art was being dropped completely and leaving staff not replaced. When it was pointed out by staff that Art  got good results the decision was changed and they said they'd recruit new staff. Job was advertised, only one candidate turned up, completely unsuitable, post is unfilled. Shambles. Many similar examples. Good staff are being driven out. Most so demoralised that any alternative is preferable to coming back in September.

Michael Wilshaw, head of Ofsted said: 'If I hear staff morale is bad, I know I'm doing something right.' These over-literal clones/clowns seem to have taken this to mean:  'Complete demoralisation of staff is an absolute prerequisite of doing anything right.' It's obviously an attractive notion as achieving demoralisation of staff is a lot easier than achieving any positive good.

The source said that the meeting with parents was badly organised and union members leafleting the meeting had to show parents in and guide them through the security system. Teachers were not represented and a stand-in for one of the most active and vocal parents, who was on holiday,  was not allowed to speak as she was a teacher and 'this would not be appropriate'.

On the rebuild my informant commented:


There are Harlesden residents who are now grandmothers who were promised a new school by Sir Alan Davies when they were in Year 7. I suspect a Good News smokescreen: Lions, Ashes, Tour de France, Royal Sprog, Copland Rebuild.

More to the point was that I heard today of another young Head of Department who has decided to leave.

It clearly won't be a relaxing holiday for many Copland staff and students.
Posted by Martin Francis at 16:34:00