The Stunner slips out of Brent. Mission accomplished? 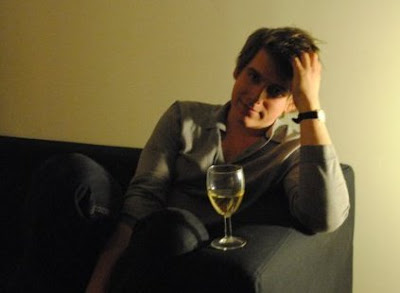 Jack 'The Hair!' Stenner, Muhammed Butt's political adviser, is off to pastures new. Stenner has been busy since he left university in 2009 working for the Yes To Fairer Votes campaign, joining Ed Miliband's leadership campaign team, working for Barry Gardiner as Communications and Campaign Officer and managing Labour's Brent North General Election campaign. His association with Gardiner led him to become Director of Labour Friends of India.

Stenner became Muhammed Butt's political adviser, heading up the Leader's Office, just a month after Butt ousted Ann John as leader in May 2012.

His job appeared to be to remove Brent Labour's toxic image after the library closures under the Ann John administration which caused concern in senior Labour circles nationally.  A new approach was developed which promised dialogue with the community and  campaign groups but with the Labour Group committed to a 'No ifs, no buts; we must make cuts!' position very little actually changed except the mood music.

Butt, who is not a great public speaker, began,  as a result of Stenner's role as both minder and mentor, to make more coherent set piece speeches, although these were often derailed when he lost his cool during opposition interventions. Labour's public relations was improved by the appointment of James Denselow to head up communications for the party.

The group around Ann John, which included some experienced Executive members, continued to be a threat as Butt had only won by the narrowest of margins. In early 2013 there was a flurry of activity as Stenner found himself in a central role in Brent's version of the Thick of It as the John faction appeared to be ready to move a vote of no confidence in Butt's leadership. This failed to materialise when it became clear the votes didn't add up and instead an anodyne motion committing the factions to be nice to each other was adopted.

By the time of the May 2013 Annual General Meeting of the Labour Group plans were well advanced for a number of challenges to some of the Executive and Cllr James Powney, deeply unpopular over library closures was defeated along with Janice Long, Lesley Jones and Mary Arnold. A very new, but ambitious councillor, Michael Pavey joined the Executive along with Roxanne Mashari and James Denselow.

Some further tidying up is nearly complete over Labour candidates for the 2014 local elections and of course the selection, from an extremely crowded field, of a Labour candidate for Brent Central has still to take place, but Jack Stenner will perhaps be leaving Brent claiming 'mission accomplished'.

If that mission was to make Brent Labour more electable, and to bury the Ann John toxic waste so deep underground that the public will forget about it, we will only be able to judge in May 2014.

Meanwhile Barry Gardiner may well be feeling rather contented with what The Stunner has accomplished.