Copland strikers dump Michael Gove in the 'dustbin of history'

Michael Gove was consigned to the 'dustbin of history at the culmination of a march of 80 or so striking Copland teachers and their supporters today.  The ceremony took place during the first major demonstration at Brent's £100m new Civic Centre.

Copland teachers are striking for the second time against the imposition by Brent Council of an Interim Executive Board, which replaces the democratically elected governing body, and DfE plans supported by the Labour Brent Council, to force the school to become a sponsored academy. It is the last non-academy, non-faith community secondary school in Brent.

Speaking to the crowd I gave a message of support from the Green Party Trade Union group and said that the Green Party was opposed to forced academies and the privatisation of education as well as the narrowing of the curriculum proposed by Michael Gove. 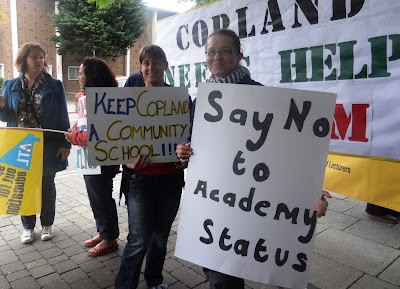 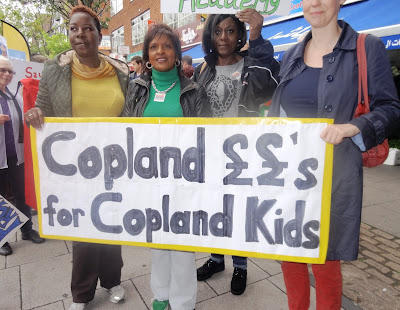 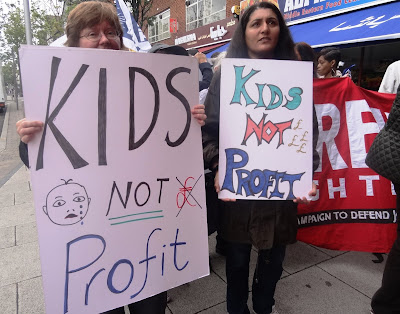 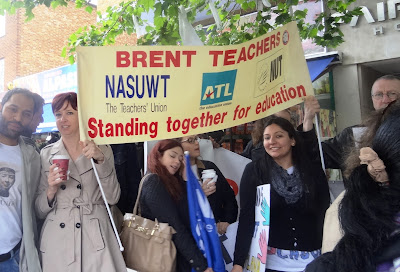 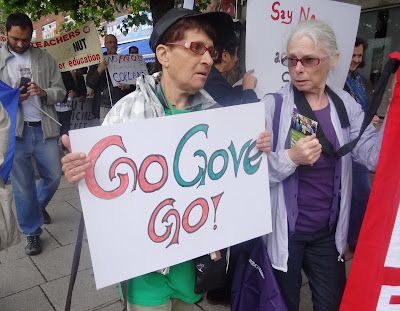 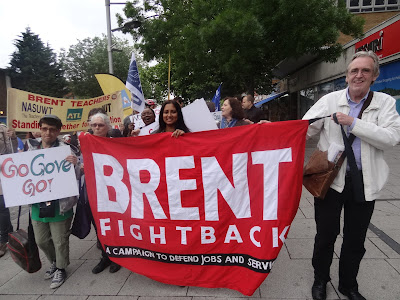 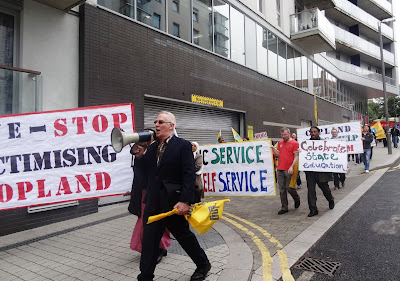